The Syrian refugees on Syntagma Square continue their protest for the 20th day, despite the increasingly worse weather… 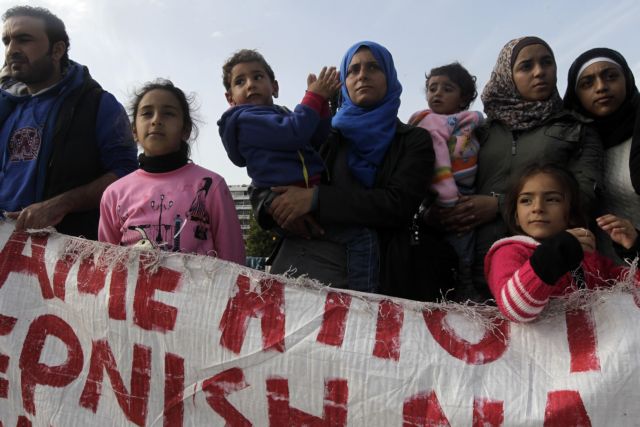 The Syrian refugees on Syntagma Square continue their protest for the 20th day, despite the increasingly worse weather conditions. The refugees have set up tents on the square to protect themselves from the constant rain and winds.

All of the refuges, aside from women and children, have also been on a hunger strike for the past 14 days. The refugees demands travel documents that will allow them to continue their journey to other European countries where they have friends and family awaiting.

The general secretary of the Ministry of Interior Angelos Syrigos visited the refugees on Monday morning and told them that there was available space elsewhere for about 30 people, mainly women and children. The Syrians are considering the offer, since temporary shelter is not the solution they are after.

SYRIZA MP Yannis Michelogiannakis is also on a hunger strike in solidarity with the refugees and spent the night with the Syrians on Syntagma. Since the start of the crisis in Syria it has been estimated that about 46,500 Syrians have found refuge in Greece – 30,300 of them are believed to have traveled over in 2014.