Five days left to come to an agreement with the troika

The next five days will be critical, as the Minister of Finances Yannis Stournaras returns to Athens today and is tasked with completing all negotiations with the troika … 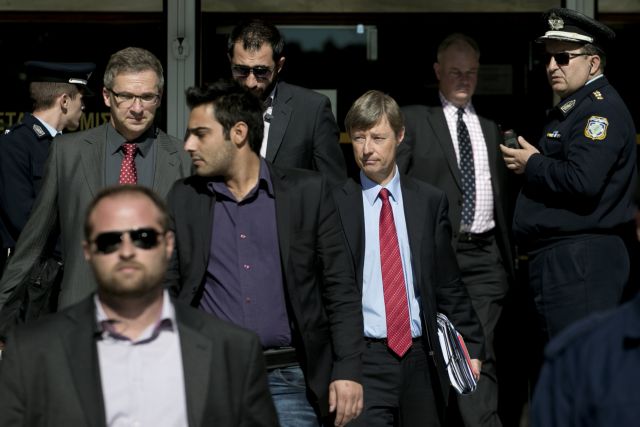 The next five days will be critical, as the Minister of Finances Yannis Stournaras returns to Athens today and is tasked with completing all negotiations with the troika by Sunday. The Eurogroup president Jeroen Dijsselbloem illustrated the critical stage of negotiations on Monday when he remarked that the troika cannot wait in Athens indefinitely.

Mr. Stournaras’ goal is to complete all negotiations by Sunday in order to receive a positive political decision for the collection of the 10.1 billion euro loan installment at the Eurogroup scheduled for the 1st of April in Athens. The government is concerned that the collection of the loan depends, to a great extent, on a bill of deregulating the markets, which must be voted just before Easter.

In any case, due to the critical nature of negotiations and the issues at stake, there is a possibility that the Greek side and the troika may fall out, rather than come to any agreement by Sunday. The main issues are as follows:

Fiscal gap: The troika is against the distribution of the 2013 surplus for social purposes, if it is to accept that there is no fiscal gap in 2014. Additionally, it has requested measures to the tune of 2 billion euros in 2015, in order to approve the new midterm plan (2015-2018)

Employment: The two sides cannot agree upon the reduction of employer insurance contributions by 3.9%, with the troika demanding the virtual deregulation of redundancies. The troika has demanded that unanimous decisions be necessary for strikes, reintroducing lock outs to allow employers to counter strikes and abolishing the 3-year wage raise (meaning minimum wage forever).

Collective redundancies and public sector: The troika is pressuring the Greek side to suspend 12,500 by the end of March and to carry out the new wave of suspensions for 2014, which will result in further dismissals in 2014 and 2015. Greece has seemingly rejected dismissals in 2015. The triumvirate has also requested the further reduction of additional earnings and bonuses in the public sector.

OECD toolkit: Perhaps one of the greatest differences of opinion relates to the list of OECD recommendations, which the troika has demanded that the Greek government fully adopt. Greece has rejected with a number of the proposals, such as the working definition of “fresh milk” and the sale of non-prescription medication in super markets.

Banks: At the recommendation of the Eurogroup, the IMF has backed down an accepted the Bank of Greece’s authority to determine the capital needs of banks. The troika however has warned that it will keep a close eye on the European stress tests.