Tsipras: “I will not govern only with SYRIZA members” 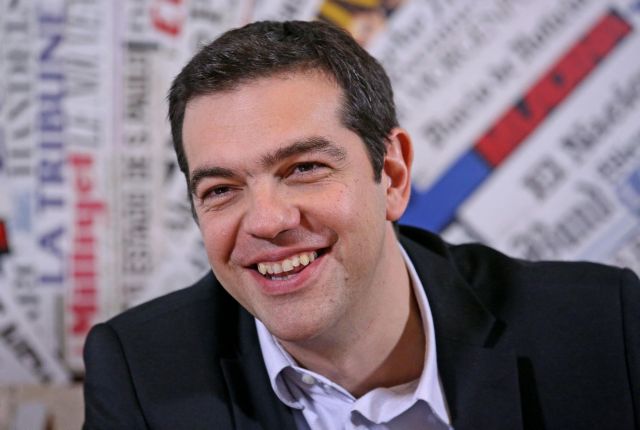 The leader of the opposition Alexis Tsipras gave a two-hour interview to the Sunday print edition of To Vima where he revealed his intentions and hopes regarding the upcoming regional and European elections.

In the interview Mr. Tsipras revealed that should he win the next general elections, whenever they may be, he does not intend to form a government comprised entirely of SYRIZA executives, but would pursue the participation of political divs and personalities outside of his party.

Mr. Tsipras appeared confident that his party will not only win in general elections, but that SYRIZA would also be able to form a government without having to form a coalition with any of the other parties. At the heart of Mr. Tsipras’ government would be individuals who are able and honest.

Amongst Mr. Tsipras top priorities if elected Prime Minister is to implement a plan to protect vulnerable social groups and ensure the free access to healthcare and welfare services. The opposition leader also vowed to end the austerity by reinstating the minimum wage and carrying on various legislative initiatives in order to support small businesses, agriculture sector and the self employed.

The SYRIZA leader believes that Greece will be in the position to negotiate with its European partners for even better terms for bailout as the country will play an important role in the energy sector.

Mr. Tsipras was also critical of Prime Minister Samaras’ claims that the coalition government’s austerity plans are successful and that Greece is exiting the crisis. Mr. Tsipras noted that “Greece is a country slowly dying” and cited the 350,000 Greek university graduates having emigrated, the 1.5 million unemployed and 3 million people without access to health care and insurance.

The opposition leader also disputed the extent of the primary surplus, considering it an “accounting” trick that conveniently does not include 1.5 billion euros that the state owes to taxpayers and to include the ECB’s profits from Greek bonds.