Qatargate – Eva Kaili: Statement after the decision to remain in prison – “They are wasting their time” – 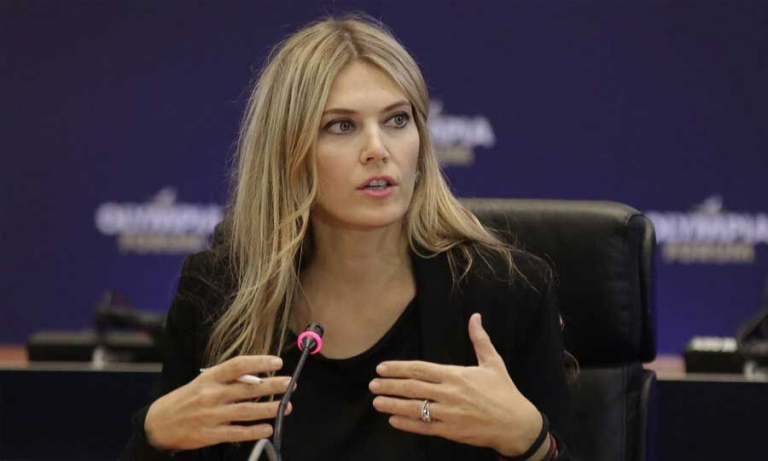 “They are wasting their time”: was the comment made by MEP Eva Kaili after yesterday’s decision

Eva Kaili will remain in custody for at least another month, after the decision by the pre-trial council to reject her request to be released from prison with a “bracelet”.

Her hearing, which began at 12.05 Brussels time, lasted about an hour and a half.

“They are suffering in vain”, comments the MEP after yesterday’s decision to remain in prison.

“I’m not going to admit something I haven’t done,” said Ms. Kaili, speaking to OPEN channel.

She is not appealing

It is noted that the former vice president of the European Parliament will not appeal against the decision as she has the right to do within 24 hours, with her lawyer Michalis Dimitrakopoulos explaining the rationale.

Specifically, Mr. Dimitrakopoulos pointed out that “the prosecutor left a glimmer of optimism in his speech, because referring to the reason she should remain in prison, he said that it is dangerous if she is released since she might destroy evidence of the case file. Because Panzeri’s deposition has not been completed, he may have some communication with his people.”

Her lawyers’ complaint about the conditions of her detention in Belgian prisons is causing a sensation. They speak of torture and medieval conditions, which are inconsistent with respect for human rights.

“She was in solitary confinement for several hours, they took her jacket while she was cold and they didn’t let her take care of herself,” he said initially.

“As happens to women once a month she had a lot of blood and they didn’t even allow her to wash. All this means torture, all this reminds me of the Middle Ages” said Mr. Dimitrakopoulos to the cameras.