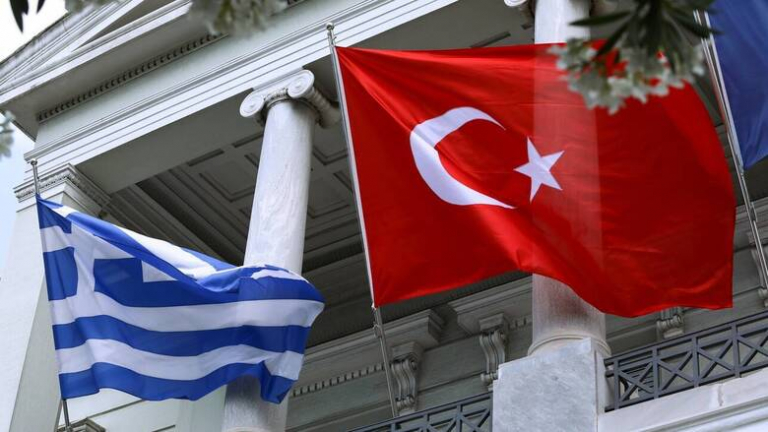 With calmness and determination, Athens continues to face Ankara’s proclivities at all levels, while today the letter that Greece sent to UN Secretary-General Antonio Guterres against the background of the illegal Turkish-Libyan memorandum came to the fore.

The Permanent Representative of Greece to the UN, Maria Theofili, underlines in her letter that “Greece maintains all its rights under international law and calls on Libya and Turkey to respect the sovereign rights of Greece and to refrain from any move that may violate these rights and destabilizes peace and security in the region.

Ms. Theofili in her letter, which was delivered to Mr. Guterres on November 17, notes that Greece rejects the new Turkish-Libyan memorandum in the field of hydrocarbons, which is described as “violating the sovereign rights of Greece, is a violation of international law and a deliberate escalation that undermines stability in the region.”

Mrs. Theofili even recalls Greece’s self-evident rights (ipso facto and ab initio) in the region, as they are based, among other things, on the agreement demarcating Exclusive Economic Zones (EEZ) with Egypt. 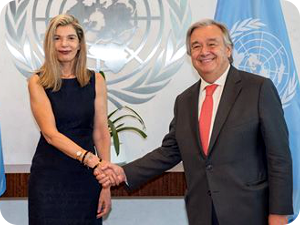 The Permanent Representative of Greece to the UN, Maria Theofili with UN SG Antonio Guteres

The Tripoli government has no right to proceed with agreements

She also underlines that the new Turkish-Libyan memorandum is in complete contradiction with the 2020 Road Map for the resolution of the Libyan conflict, according to which the foreign policy of the Libyan state should be conducted “in a way that preserves the friendly and peaceful relations with regional and international partners and in accordance with the rules of good neighborliness and mutual interests”.

Based on this specific provision, but also the previous Turkish-Libyan memorandum, the permanent representative of Greece states in the letter that “an agreement on cooperation in the field of hydrocarbons clearly falls within the framework of agreements whose executive authority is excluded from the their completion”.

In simple words, Greece informs the S.G. of the UN that the current Tripoli government is simply not entitled to proceed with any agreement that binds subsequent, democratically elected governments which under international law are the only ones with such jurisdictions.

The messages of Athens with the new Navtex

It is worth noting that Athens was particularly cautious in issuing the new Navtex, for the expansion of seismic surveys for hydrocarbons south of Crete.

The directive referred to ExxonMobil’s request for an extension of the surveys, which is interpreted as indicative of the company’s interest in accelerating the research.

However, the investigations south southwest of Crete and the Peloponnese also have a geopolitical footprint. And given the diplomatic poker that is going on in the Eastern Mediterranean, with Turkey constantly escalating its challenges against Athens by using Libya in this particular game.

In this context, the fact that the Greek side chose the new navtex to be on the border of the middle line between Greece and Libya, is a clear message of its intentions to Tripoli as well. That is, it sends a double message, both of agreement and of observance of international law.

A few days ago Turkish President Recep Tayyip Erdogan received a new “slap” for the illegal Turkish-Libyan memorandum, this time from Egypt.

Indicative is an article of the Egyptian newspaper, Al Ahram, which, among other things, states that “Egypt has rejected recent Turkish attempts to search for natural gas in areas in the eastern Mediterranean that Cairo recognizes as part of Cypriot and Greek waters”.