The current approach to climate change is too slow and risks falling short of our own targets for limiting global warming and mitigating its impact. And, no longer satisfied with political pronouncements, people are demanding action. 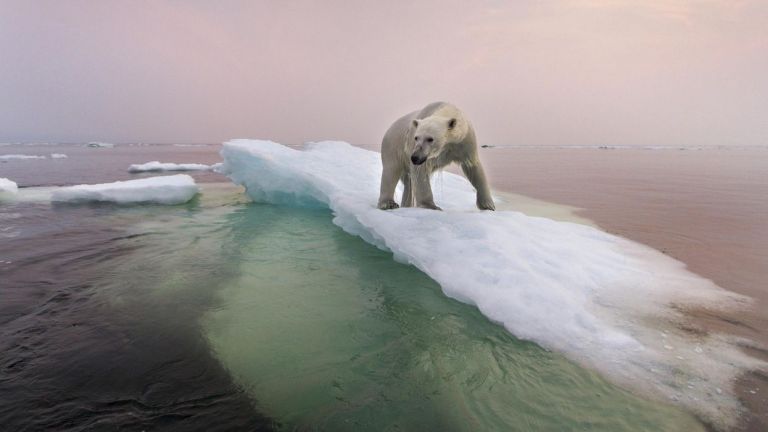 The world must change how it tackles the climate crisis. The current approach is too slow and risks falling short of our own targets for limiting global warming and mitigating its impact. And, no longer satisfied with political pronouncements, people are demanding action. This popular unease is borne out by the European Investment Bank’s annual climate survey. Some 75% of European Union citizens, 69% of Britons, and 59% of Americans say they are more concerned about the climate emergency than their governments are. And roughly half of those surveyed say the difficulty in solving the climate crisis is primarily due to government inactivity.

For those of us steering public organizations, these findings should be seen as a dire warning. If citizens stop trusting their governments to do something about climate change, many might conclude that there is no hope and give up. Governments then would face an even tougher task gaining public support for the policies and programs that are vital to our future.

We cannot allow that to happen. The remedy for a lack of public confidence is to invest massively in concrete climate projects and innovations, starting immediately. Climate action represents a tremendous business opportunity, and policymakers must be savvy enough to embrace it. The upcoming United Nations Climate Change Conference (COP26) in Glasgow will serve as a major test of the credibility of governments’ commitment to effective action. The whole world will be watching. For its part, the EU is leading the way with major commitments, including a pledge to reduce its greenhouse-gas (GHG) emissions by 55%, relative to 1990 levels, by 2030. And as the EU’s climate bank, the EIB is at the forefront of this effort, with commitments to support €1 trillion ($1.16 trillion) of investment in climate action and environmental sustainability by 2030. We are in the critical decade for addressing climate change and biodiversity loss. In all the countries surveyed, large majorities (93% in China, 81% in the EU, 74% in the United Kingdom, and 59% in the United States) consider climate change the biggest challenge of this century. Yet there is a lack of public faith in our chances of meeting current goals. In the EU, 58% of citizens believe their country will fail to cut carbon emissions drastically by 2050, compared to 55% in the UK and 49% in the US.

Does this mean our citizens are resigned to environmental disaster? Not yet. A small majority of EU and British citizens believe a radical change in habits is the best way to counter climate change. But technological innovation will be needed to enable those adjustments, which aligns with the views of survey respondents in the US and China about the best way forward.

In any case, investment trumps behavioral change. In 2020, unprecedented pandemic-induced restrictions on mobility and economic activity caused a 5.8 percent drop in global GHG emissions. That might look like good news, but it’s really a measure of just how challenging it will be to achieve similar reductions every year from now on. We need a technological revolution, and when it comes, we must be prepared to finance it. Decades of investment in renewable energy have paid off. Wind and solar power are now highly competitive and widespread. If every driver in the EU switched to an electric vehicle tomorrow, EIB mobility experts estimate that existing wind turbines would be able to provide 85% of the electricity needed to power them. Now, we must scale up game-changing technologies like green hydrogen and advanced energy storage solutions.

With 75% more patents in green digital technologies than the US (and four times as many as China), the EU is a world leader in this field. It also has expertise to share in areas such as renewable energy, climate adaptation, flood control, advanced weather forecasting tools, and resilient infrastructure. Moreover, one-third of the €2 trillion contained in the NextGenerationEU recovery plan and the EU’s next long-term budget has already been committed to the European Green Deal. But, to rise to the challenge, we need a global green deal that can mobilize the private sector’s full innovative potential and financial firepower. By exporting its cutting-edge clean technologies, the EU can be the link between those organizing climate action, those pursuing innovation, and those managing economic development.

These are the pillars upon which a sustainable global economy will rest. To be sure, there are potential downsides to the green transition, and addressing them requires immediate action. Those hit hardest by the move away from polluting industries will need to be supported through compensatory investment. As we pursue technological breakthroughs, we must not neglect the need for continuing massive investment in mature climate technology such as wind farms. Similarly, efficiency-boosting investments could make a major dent in the 35 percent of GHG that comes from buildings – the single biggest energy consumers. And energy system integration (through a single market for energy) would go a long way toward achieving the EU’s carbon-neutrality target.

*Werner Hoyer is president of the European Investment Bank