Testing by scientific research centre Demοkritos team regarding the stench and pollution in Drapetsona and Keratsini ‘points to’ Oil One facilities as a possible source. 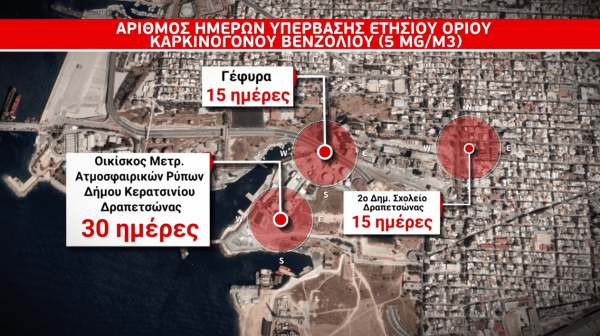 Parents and even more so grandparents of students of Drapetsona’s Second Primary School – at the junction of Georgiou Afara and Eleftherios Venizos Streets – may not be aware of methanethiol (methyl-merkaptani in Greek) but they can certainly recognise the odour in the air that they breathe.

“It is similar to the odour of a rotten lettuce,” a National Centre for Sciencific Research “Demokritos” researcher said.

The data on the ‘pollution party’

Methanethiol belongs to the family of methanethiols that are “constituents of natural gas and have a strong, unpleasant odour.”

The same stands true for sec-butyl mercaptan, which is noted on page 25 of a recent document produced through the P.3 (Pi three) project by the researchers of EKEFE Dimokritos on behalf of the Attica prefecture. 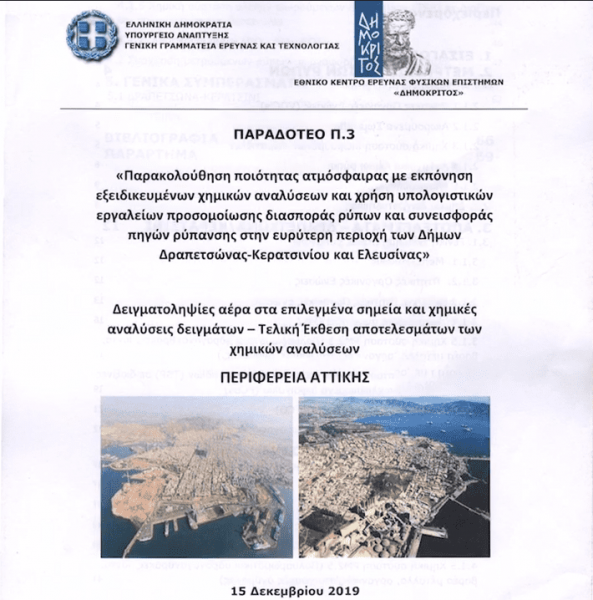 It is entitled “The Quality of the Environment as Determined by Specialised Chemical Analyses and the Use of Computational Tools on the Simulation of the Spread of Pollution and the Contribution of the Sources of Pollution to the Broader Region of the Municipalities of Drapetsona-Keratsini and Elefsina” It displayed the “highest levels of odiferous days.”

Those odiferous days – to use a polite expression – are routine for the neighborhoods of Drapetsona and Keratsini where Demokritos conducted its scientific research (at five stations in Drapetson-Keratsini including the Second Primary School of Drapetsona) between February and October, 2019, and where the pollution party was set up.

Investigators are aware of both the data and all that they represent for the impact on the environment and the safety of its citizens.

They note indicatively that, “Meracaptans are a constituent element of natural gas and have an unpleasant odour. Unprocessed petroleum products contain CH3SH, CH3CH2SH, and CH3CH2CH2SH. 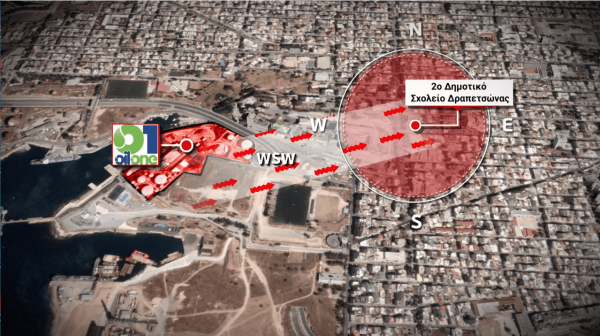 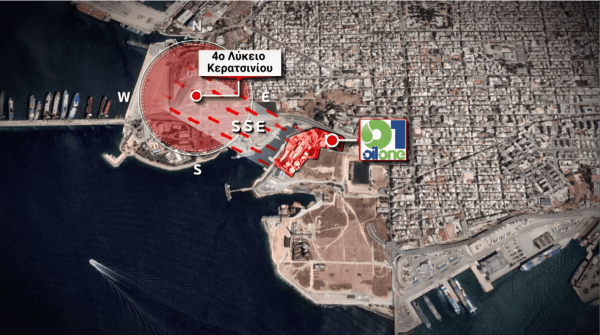 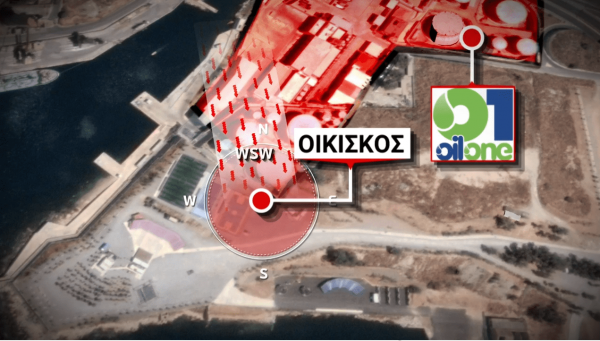 Sec-butyl mercaptan, which had the highest values on odiferous days, is a colourless combination with a strong and heavy scent. It is dissolvable in water and is used as an additive to natural gas to give it an intense odour so as to be detectable in the event of a leak as it has no scent on its own. Studies have linked the odour in the environment to that combination.

The general population can be exposed to sec-butyl mercaptan through the inhalation of air in the environment near natural gas refineries and works connected to its use an additive to natural gas.”

This observation is notable. On pages 24-25 of the conclusions of the same study the following is stated, “There is an increase of odiferous sulfide compounds (mercaptans, theophenes, and sulfides) as well as of airborne organic unions during the days that the odours were detected.

As regards aromatic airborne organic unions the concentration was measured as higher during odiferous days as compared to non-odiferous days.

The report notes high concentrations of benzene, a carcinogen.

As Demokritos researchers say, “There was conducted indicatively a comparison between daily concentrations during the sampling period with the annual borderline number, which yielded higher values as compared to the borderline concentration (Government Gazette, 488/2011: 5 µg/m3) for 15 days from point ΔΚ1, 6 days at ΔΚ2, 4 days at ΔΚ3, 30 days at point ΔΚ4 και15 days at point ΔΚ5”.

We have seen continual tests and a plethora of technical terms and amidst the numbers and schemes there is a provocative, gnawing expression: The fact that they follow the upward trend of odiferous substances on days that we have intense odours indicates a common origin of these odours”.

In other words, we have tests and they shout out the cry of desperation of the residents of Drapetsona and Keratsini.

It has little to do with a Netflix series in the Third World but rather with the difficult situation in the neighbourhoods of Piraeus.

All this is happening even as we have the warning about a “possible common origin” of atmospheric pollution and every possible investigative system of the state should have been activated.

The atmospheric pollution cannot be disputed as many inspectors from the Southern Greece Regulative Agency may come down with or without measuring instruments to the streets of Drapetsona and Keratsini.

Let us that the repercussions of the current atmospheric conditions are cumulative.

The damage done today from the inhaling of pollution can appear in the human body after 5-10 years, depending on the overall overall medical profile. That which may today be a simple breathing difficulty – common in older people – may lead in the coming years to lung diseases and cancers.

Undoubtedly, the measurements released by Demokritos leave no room for complacency for the country’s political leadership which must come to terms with its obligations and duties and with what is the “possible origin” of pollution (a polluting industrial facility).

There cannot be many doubts. The measurements carried out by Demokritos scientists in the 4-5 sampling areas demonstrate that on days with a high level of recorded pollutants coincide with days with winds from the direction of Mr. Dimitris Melissanidis’ Oil One.

The facilities of Oil One in Drapetsona are used by another Melissanidis’s affiliated company, Hellenic Environmental Centre S.A. (HEC), a company specialized in oil waste management. HEC has a contract with Oil One to use the Drapetsona facilities and the two companies are also registered as a joint venture. HEC was at the centre of the crisis that led to the bankruptcy of Aegean Marine Petroleum Network, a NYSE listed bunkering company, also founded by Melissanidis who sold his stake at the Aegean in 2016. However, at the end of 2017, there was a proposal for Aegean to buy HEC in exchange for shares, a process that minority shareholders considered an attempt by Melissanidis to regain control of Aegean. The sale of HEC was cancelled and an internal audit of Aegean found evidence of misappropriation of $300 million in cash and assets. Mr Melissanidis is one of the defendants in a securities class action by investors who purchased or otherwise acquired Aegean Marine Petroleum Network securities. The US Department of Justice was informed about the Audit and Aegean Marine Petroleum Network received a grand jury subpoena from the U.S. Attorney’s Office for the Southern District of New York in connection with suspected felonies. The American Ambassador in Greece, Geoffrey Pyatt has shown a particular interest in this case.