France issued its own separate statement backing Greece’s position that the Libya-Turkey accord is null and void. 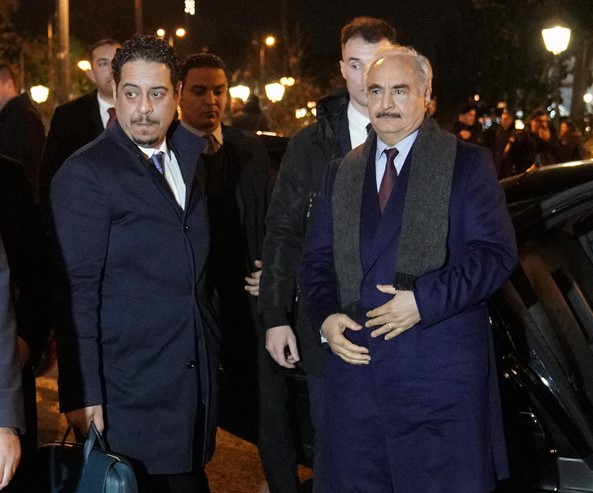 Greece lobbied hard to be included in the conference as Libya’s UN-recognised government in Tripoli has signed an MOU with Turkey, which has been invited and has sent fighters from Syria to Libya, for a delimitation of their Exclusive Economic Zones (EEZs) which are not neighbouring by expropriating large swathes of Greece’s EEZ in flagrant violation of the 1982 UN Law of the Sea Convention (Montego Bay).

Merkel has invited the US, Russia, China, the UK, France, Italy, the EU, the African Union, the Arab League, the Republic of Congo, Algeria, Egypt, the United Arab Emirates and Turkey.

«With the aim of supporting the work of UN Secretary-General Antonio Guterres and the UN special envoy, Ghassan Salame, towards a sovereign Libya and a reconciliation process, Chancellor Merkel is extending invitations for a Libya conference in Berlin on Sunday,» German government spokesman Steffen Seibert said on Twitter.

The US State Department on 16 January issued a clear statement rejecting the MOU as provocative and counter-productive and France issued its own separate statement backing Greece’s position that the Libya-Turkey accord is null and void.

Washington has also slammed the Turkish military presence in Libya.

Greece prepared to veto EU approval of Libya accord

In a clear signal of the measure of Greece’s decisiveness in defending its sovereign rights, Mitsotakis in a nationally televised interview just two hours before Haftar’s arrival announced that he will veto EU approval of any Libya peace agreement if it does not specifically and clearly declare the MOU to be illegal, null and void.

Mitsotakis also said that he will do “whatever is necessary” to block Ankara from making good on its plan – announced on 15 January by Tayyip Erdogan – to conduct seismic exploration and then drill in the part of Greece’s EEZ cited in the agreement with Libya. He also said Athens will exert all efforts so as not to have to do what will be necessary in such an eventuality.

Haftar and the Speaker of the Libyan Parliament, which never gave the government in Tripoli that controls only the capital the constitutionally mandated vote of confidence, have both spoken out clearly in declaring both the Libya-Turkey MOU on the EEZ and that on military cooperation to be illegal.

Arab countries have also expressed their consternation about Ankara’s involvement in Libya and its efforts to play an expansive role in the broader region.

Haftar – who arrived in a veil of secrecy and is guarded by  a large security detail – held talks immediately after his arrival at his Syntagma Square Hotel with Foreign Minister Nikos Dendias.

They will hold official talks at the foreign ministry on the morning of 17 January.

Mitsotakis will receive Haftar in his office in parliament at 1 pm.

Libyan media had reported on 24 December that Haftar intended to visit Athens but the Greek foreign ministry denied the report at the time.

Haftar has expressed his intense displeasure over Greece’s exclusion from the Berlin Conference.

“We are asking why Greece has not been invited to the Berlin Conference. Is it because Greece is supposedly not one of the countries affected by the clash?” Haftar’s Libyan National Army said in a statement.

The government in Tripoli has said that Greece “has nothing substantial to offer”.