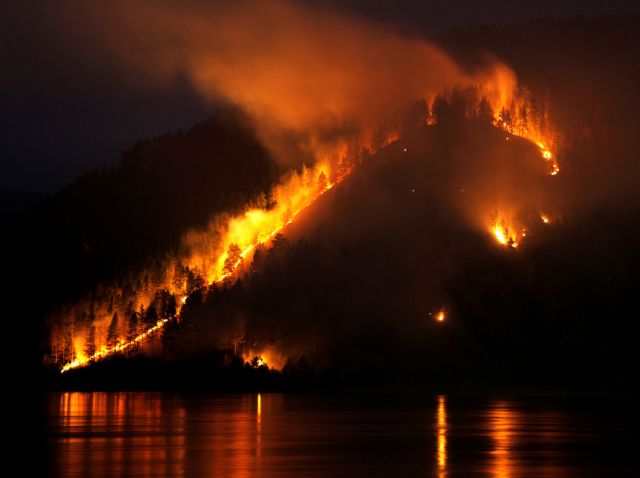 Racism must be condemned before it is too late and a trade war must be averted, because as both unfold together they hinder international cooperation.

There were three major events over the last days which at first blush may seem unrelated but in fact had the same root cause.

The first was the record-high temperatures recorded for July and the accompanying ring of fire around the Arctic Circle, fires unprecedented in terms of the huge area destroyed in Alaska, Siberia, and Greenland. Tracts larger than the size of Belgium were destroyed.

Increased by 20 percent due to high temperatures and unprecedented drought, these fires pollute the earth’s atmosphere with co2 emissions of the order that Sweden produces annually.

A chain of ecological disasters is developing in the northern zone of the planet, aggravating and speeding up the repercussions of human-made climate change which all brands of revisionists in current global politics continue to ignore and reject.

The second major event in recent days was the mass hate murders perpetrated in the US by lone rangers of “white terrorism” who this time targeted non-white migrants whom they consider responsible for their degradation and underdevelopment.

The two mass murders within 24 hours with 32 killed in Texas and Ohio (including the dead gunman in Dayton) plainly demonstrate the heinous nature of the preaching of hate and of the unfathomable racism which the revisionists of the contemporary world recycle.

Already the US-China trade war and the emerging US-EU trade war are eroding the prospects of global development and are provoking turbulence in international markets, thus creating the conditions for a prospective monetary war.

Their ideological fixations and weaknesses produce tensions and prepare the way for prospective global economic chaos.

The burdens are obviously multiplying.

Having the same root cause – mindless and arrogant political revisionism – combined the above problems can created enormous repercussions for the planet and human life.

The international community must act swiftly to check climate change before we reach ground zero.

Racism must be condemned before it is too late and a trade war must be averted, because as both unfold together they hinder international cooperation, which is the precondition for confronting fundamental threats such as climate change.