Prime Minister Alexis Tsipras is attempting to divert attention from the highly unpopular Prespa Agreement to other issues, such as the planned revision of the Greek Constitution and a shift to thecentre-left. 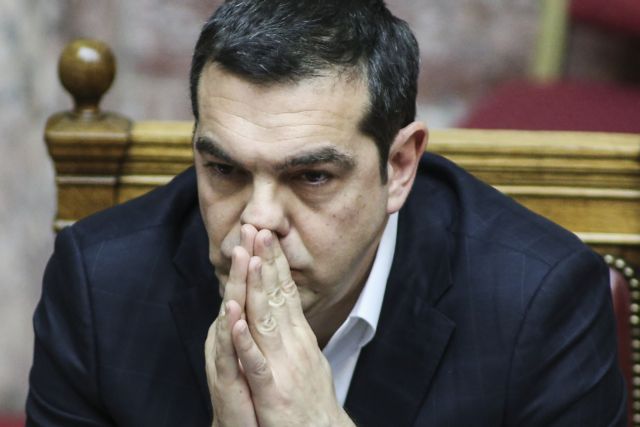 With the government trailing behind main opposition New Democracy in all opinion polls, despite a barrage of pledges and social benefits, Prime Minister Alexis Tsipras is attempting to divert attention from the highly unpopular Prespa Agreement to other issues, such as the planned revision of the Greek Constitution by the next parliament.

It is hoped that the revision, which includes the amendment of provisions on Church-State relations, will bolster his image as a reformer.

At the same time, the PM is expected to proceed with a cabinet reshuffle by the end of the month, to give the government a makeover ahead of what promises to be an extremely polarised and grueling electoral campaign.

Tsipras believes that in tackling the constitutional amendments (this parliament will simply choose the articles to be amended and the next parliament will finalise and vote on the changes), he can burnish his progressive image.

Tsipras has made no secret of his intention of attracting centre-left voters  to SYRIZA, and he will try to use the amendment process to further divide the centre-left Movement for Change, the successor to Pasok.

The focus of the parliamentary debate on the amendments is now on Article 32, which pertains to the election of the President of the Republic by Parliament. Both SYRIZA and New Democracy agree that the article should be amended so as not to require the dissolution of Parliament when an enhanced majority is not achieved in successive votes. But they disagree on the size of the majority that will be required.

Dissociating the presidential election of 2020 from the dissolution of Parliament will allow the next government (which is expected to be New Democracy) to continue to rule without being forced into a risky new general election by the main opposition.

Here, the government is clearly trying to at once sway a pool of voters that has traditionally been right-wing and to rally progressive voters under it banner.

The government is also expected to turn its attention once again to the Novartis scandal if and when new charges are filed by prosecutors. The government has used the case to brand both New Democracy and Pasok (now Movement for Charge) as the corrupt old regime that must not return to power to cover up their past sins.

There have been rumours recently that prosecutors are bracing to file charges and to summon politicians to testify as suspects. At the same time, politicians who have been implicated in the case – such as ex-PM Antonis Samaras and New Democracy VP Adonis Georgiadis – are preparing to sue their accusers.

The PM is also rushing to resolve by the end of this month the Greek banking system’s huge problem with non-performing loans in such a way that will satisfy the banks and Greece’s creditors while offering the greatest possible protection from foreclosure of debtors’ primary residences.

The strategy here is to depict the government as the protector of those in need and to portray the opposition, banks, and creditors as callous capitalists who want to seize the homes of those in need.

In the expected cabinet reshuffle the PM will have to replace ministers who will leave their posts to run in May’s prefectural and municipal elections. Deputy Labour Minister Nasos Iliopoulos will be running for the Athens mayoralty while Macedonia-Thrace Minister Katerina Notopoulou is a candidate in the Thessaloniki mayoral race.

Some analysts believe he may tap centre-left politicians who would make the government’s attempted shift toward social democracy more credible, at least at the symbolic level.

Moreover, Tsipras is expected to leave the foreign affairs portfolio that he assumed after Nikos Kotzias’ resignation and appoint a new foreign minister. There has even been talk of Kotzias returning to his old post, since ex-defence minister Panos Kammenos, with whom he had a major row that led to his resignation, has pulled out of the government.