IMF staunchly objects to putting off pension cuts in Greece

The IMF appears determined to make its views known on a political level, beginning with the representatives of eurozone member-states in the Eurogroup Working Group, on 20-21 September. 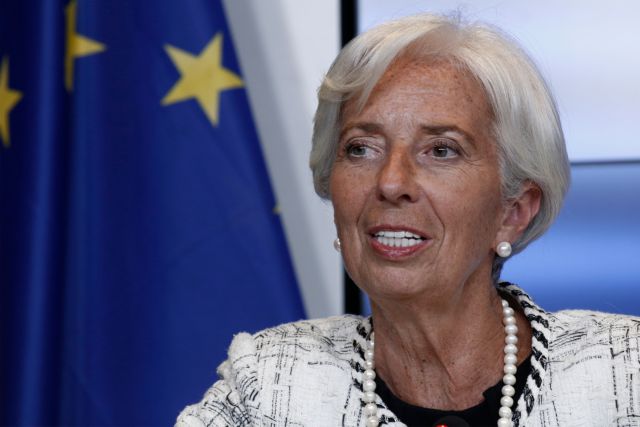 Managing Director of the IMF,Christine Lagarde gives a press conference at the end of Eurogroup finance ministers meeting at the EU headquarters in Luxembourg on June 21, 2018
Share

Even as government cadres continue to assert that the government is close to persuading creditors not to cut taxes, the IMF is issuing a stern message and insists that the legislated measure must be implemented as of 1 January, 2019, as agreed.

Sources cited by a report in the daily Ta Nea say that the IMF is categorically opposed to any effort by the Greek government to postpone or cancel the measure.

The IMF has decided to adopt an extremely tough stance on the issue, as it opposes both a postponement and an incremental implementation of the measure.

The objections of the IMF are based on three arguments. The first is that Greek government’s projections regarding the 2019 surplus are overly optimistic.

Secondly, the Fund insists that the planned pension cuts  are a structural reform measure, which is linked to the viability of the insurance system.

Thirdly, the Fund maintains that a series of planned government measures intended to counterbalance the impact of austerity can provide adequate social relief. The government has indicated that it is willing to scrap a number of those measures in order to avert pension cuts.

The IMF appears determined to make its views known on a political level, beginning with the representatives of eurozone member-states in the Eurogroup Working Group, which is set to meet in Brussels on September 20-21.

Having prematurely claimed that it is close to an agreement with creditors to avert pension cuts, the government spokesman is now indicating that the lowering of the tax-free threshold as of 1 January, 2020, which the government has agreed to with creditors, is also not a necessary measure.

It appears that placing this issue on the agenda is intended to persuade public opinion that if creditors do not agree, then the government is prepared even for unilateral action.