Editorial: From celebrations to thorns

Faithful to the line of populism, with which he has operated all these years, on the one hand the PM will fabricate enemies and target political opponents, and on the other he will promise everything to everyone. 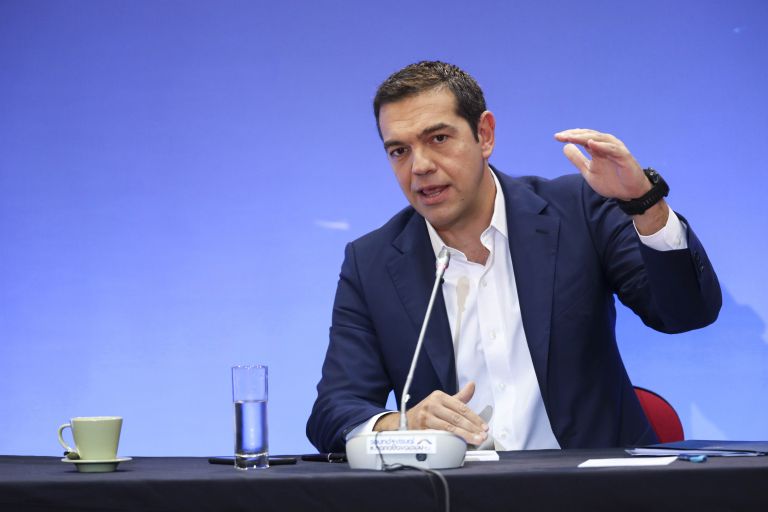 Share
The communications spectacle of the cabinet reshuffle has ended, and the government once again faces the real problems of the economy and the country.
At the first post-bailout Euro Working Group meeting, the details of post-memorandum surveillance will be decided, ahead of the arrival on 10 September of the delegation of creditors that will conduct the first post-bailout bailout review.
Deutsche Bundesbank President Jens Weidmann, who is known for his tough stance toward Greece, will be in Athens on the same day, in order to get a picture of the course of reforms, as he said.
On the one hand the government or, more precisely, the PM’s staff, is cultivating a climate of handouts, and on the other hand the finance ministry team, which remained in place after the cabinet reshuffle in order to project to the Europeans a sense of basic seriousness, must manage the commitments that Greece has already undertaken.
It is clear by now that after the political “lifting” of the cabinet reshuffle, Mr. Tsipras is preparing, ahead of his major economic speech at the Thessaloniki International Fair, to exhaust every possibility allowed by that portion of the primary surplus that exceeds targets, to distribute handouts, in order to salvage whatever he can of his electoral clientele.
It is no coincidence that for weeks there has been talk of not implementing legislated pension cuts, even as the government is pledging a variety of social benefits.
However, all the messages from competent EU officials, as well as from top European Ministers, including German Finance Minister Olaf Scholz, stress that agreements must be honoured.
Despite all the warnings about the dangers that lurk, due in part to developments in neighbouring Italy and Turkey, Mr. Tsipras appears determined to play his last card, in order to salvage whatever he can politically, ahead of the general election.
Faithful to the line of populism, with which he has operated all these years, on the one hand he will fabricate enemies and target political opponents, and on the other he will promise everything to everyone.
It is the only course left for him, but it will be quite slippery and dangerous.

Still, he plies forward on that path, because his personal interests are paramount for him, and not the overall interests of the country.