Dimitrov determined to win referendum on Greece-FYROM accord

Dimitrov said that FYROM has built a “bridge of friendship” with Balkan peoples, and especially the Greeks, in order to “unlock” accession talks with Nato. 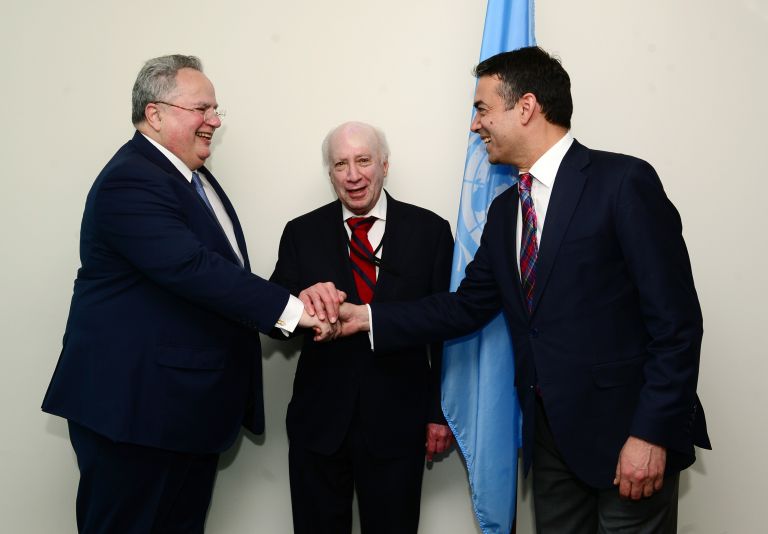 Share
FYROM’s foreign minister, Nikola Dimitrov, told the European Parliament’s foreign affairs committee today that his government is determined to win the 30 September referendum on the Greece-FYROM naming agreement.
Dimitrov said that many compromises were made in order to conclude the agreement.
He underlined, however, that the accord is “an historic opportunity to resolve a difficult issue and to open a door to the future”. He said that both his country’s government and opposition should assume this historic responsibility.
Dimitrov said that FYROM has built a “bridge of friendship” with Balkan peoples, and especially the Greeks, in order to “unlock” accession talks with Nato.
“We and our Greek friends will be better off if we achieve this,” Dimitrov said, adding that he is considered a hero by some in his country, and a traitor by others.
“If I could have written the agreement on my own, the agreement would have been better for my country, and if [Foreign Minister] Nikos Kotzias could have written it on his own, it would have been better for his country,” Dimitrov said.
He said that the agreement enshrined the elements that were most important for each side.
Dimitrov projected that if the agreement is implemented, within five years the benefits for both countries will be great.
“In the future we will wonder why the agreement was not reached in the 1990’s. We lost a generation. We should have been friends from back then,” he said.
Papadimoulis lauds agreement
The vice-president of the European Parliament and head of SYRIZA’s parliamentary group, Dimitris Papadimoulis, congratulated Dimitrov and Kotzias for “an agreement of historical significance”, which he said was welcomed by all the parliamentary groups of the European Parliament.

“I hope that the referendum that will be held in your country in about one month will be approved by your people and that your country will be from now on named North Macedonia, thus resolving in a mutually agreeable manner a clash that bedeviled our peoples and countries for many decades,” Papadimoulis told Dimitrov.