The former Eurogroup president says that he was forced to deal directly with PM Alexis Tsipras, as it was necessary to find a solution, which Varoufakis constantly torpedoed. 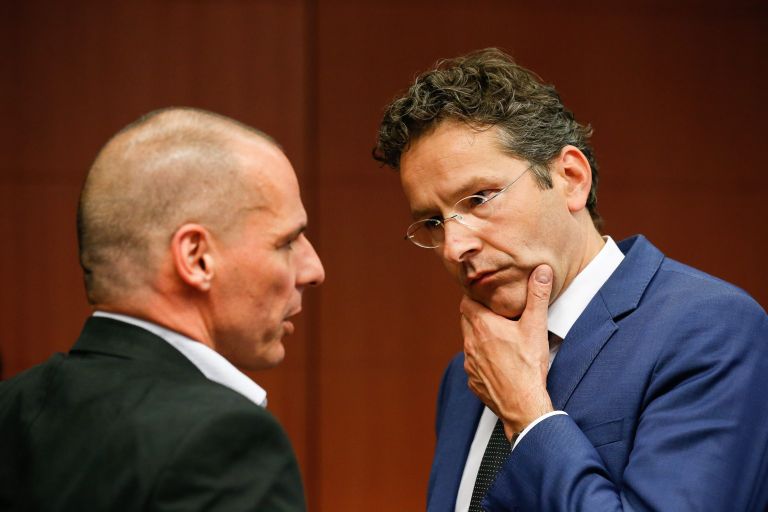 Former Eurogroup chief Jeroen Dijsselbloem has said that “Greece now has the flexibility to determine its own social policy, but he warned that the mistakes of the past should not be repeated.

Dijsselbloem appeared upbeat on Greece’s future and the course of the Greek economy in an interview with Greek Ant1 television, in which he underlined that it will take time to fully restore trust in the country and to transcend the great problems that citizens face.

The ex-Eurogroup president admitted that mistakes were made by the Europeans in handling the Greek crisis, as they initially experimented and it took four years for them to stand on their feet and set up mechanisms to confront the crisis.

He conceded that a different policy should have been implemented in Greece, as the bailout programmes were very strict, and their implementation was very difficult. He noted, however, that Greek politicians made many mistakes before the crisis.

Dijsselbloem placed blame on Germany for its delay in accepting the need for collective European action, with the implementation of bailout programmes in countries that were in danger.

Admitting that it was not proper for decisions to be taken in Brussels without the participation of national parliaments, he underlined that the huge crisis required immediate action.

The role of Varoufakis
In his interview, Dijsselbloem revealed unknown aspects of negotiations with the Greek government in the first half of 2015, and he described Yanis Varoufakis’ handling of the talks as disastrous.

For the first time, he revealed that he handled matters directly with Prime Minister Alexis Tsipras from the beginning of February, 2015, immediately after it became clear at the first Eurogroup meeting that an agreement could not be reached.

He said that he was forced to deal directly with Tsipras as it was necessary to find a solution, which Varoufakis constantly torpedoed.

Dijsselbloem also referred to his first news conference with Varoufakis, after which he avoided shaking the Greek finance minister’s extended hand. He said that Varoufakis followed him to the elevator, and requested that the negotiations continue.

Regarding then German finance minister Johann Schaeuble’s proposal of a temporary exit of Greece from the eurozone, he said that it remains unclear whether he was serious or whether he tabled the idea in order to pressure Greece. He added however, that normally when Schaeuble made a proposal, he meant it.