Whoever criticises the prime minister is either on the extreme right, or corrupt, or a protector of the old political system which led us into the crisis. 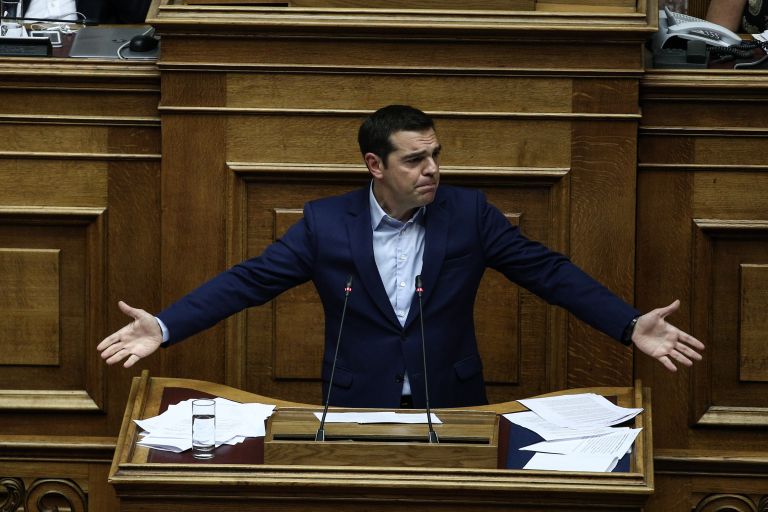 Share
It is by now clear that Mr. Tsipras’ strategy until the elections is to create a suffocating climate of polarisation, with his well-know logic of “It’s either us or them”. The opponent is the dark and the government is the light.
Since he cannot present anything positive – especially after the tragedy in Mati – and cannot come across as the star student of the memorandums and the European creditors, he will constantly attempt to unleash accusations and to target his political opponents and media that will not be subjugated.
Whoever criticises the prime minister is either on the extreme right, or corrupt, or a protector of the old political system which led us into the crisis. That was admitted by government spokesman Dimitris Tzanakopoulos, the fledgling Taliban of the PM’s office.
He proudly declared that, “It must be made clear that it was the old and corrupt system that led the country into a great catastrophe in 2010 and the memorandums.”
The unblemished and uncorrupted Left of SYRIZA is absolutely not responsible for whatever happened in the last few years on its watch.
The dead from the flood in Mandra and the dozens of dead in Mati, as far as the government spokesman is concerned, were victims of the winds and the weather, and not of their incompetence.
They government totally forgets its own “proud” bailout memorandum, the fiscal measures that it took, the over-taxation of everyone, its own agreements on the level of primary surpluses, and the ceding of state assets.
Obviously, Mr. Tsipras’ self-confessed self-deception was a fleeting dream which was forgotten overnight. Naturally the only thing that SYRIZA can achieve with such tactics is to further divide society, and even more to undermine the smooth path of the country.
What the government is mainly interested in is to ensure its own political survival, and not to lead the country and the economy out of today’s stagnation.

Unfortunately for Mr. Tsipras and his associates, their fairy tales with bad dragons have become hackneyed.
They can no longer speak and accuse ex cathedra, as prophets or aspiring saviours. Their deeds, whatever they may do, are by now known to Greek citizens and will be assessed as they deserve to be when the time comes.