Tsipras underlined that the committee that Goldammer will head will be independent, and that the government will be at its disposal to assist in any way necessary,. 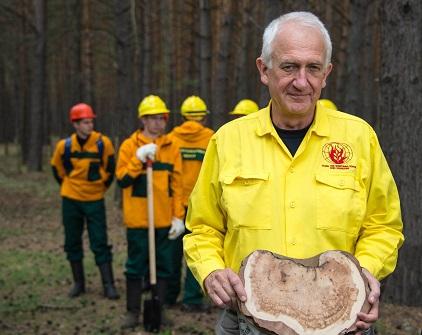 Share
In the shadow of the revelations about the deadly fire in Mati, which destroyed the government’s narrative that an organised arson plan was the cause, Prime Minister Alexis Tsipras – exactly one month after the tragedy that claimed 96 lives – met with Professor Johann Georg Goldammer, an expert on fires.
At the same time, the fire-stricken residents of Mati charge that they have been abandoned by the government, as they are still waiting for the 586 euro benefit that the government promised they would receive. Many continue to live in camps without substantial assistance from the state.
The views and theory of the professor – whom the prime minister appointed to head the committee that will probe the causes of the fire and propose measures that can avert similar tragedies in the future – were the focus of his meeting with the PM today.
Tsipras underlined that the committee that Goldammer will head will be independent, and that the government will be at its disposal to assist in any way necessary,.
Goldammer underlined that ways must be sought to address climate change and related issues in specific ways.
Although Tsipras in his national address in Ithaca made no mention of the Mati tragedy, today he will discuss the issue with an expert who from the start has essentially espoused the view of the government, that the fire could not have been contained.
In an interview, Professor Goldammer had asserted that the basic cause of the fire was the spoiling of the natural environment and the change in land use (illegal building). He said that two fires that were simultaneously in progress in Attica could not have been handled, because the fire in Mati spread within minutes, that with the velocity of the wind gusts the fire could not be confronted, and that Mati could not have been evacuated for the same reason. He concluded that one must address the impact of climate change.
Former public order minister Nikos Toskas in a press conference soon after the fire had spoken of “serious indications of arson and criminal action”. He had expressed suspicions about the alleged start of fires in a number of areas at the same time.

None of those things had happened