‘The reforms must continue so that Greece’s economy can become a modern European economy. Greece will not be on its own. The ESM will be a long-term partner of Greece,’ said the ESM chief 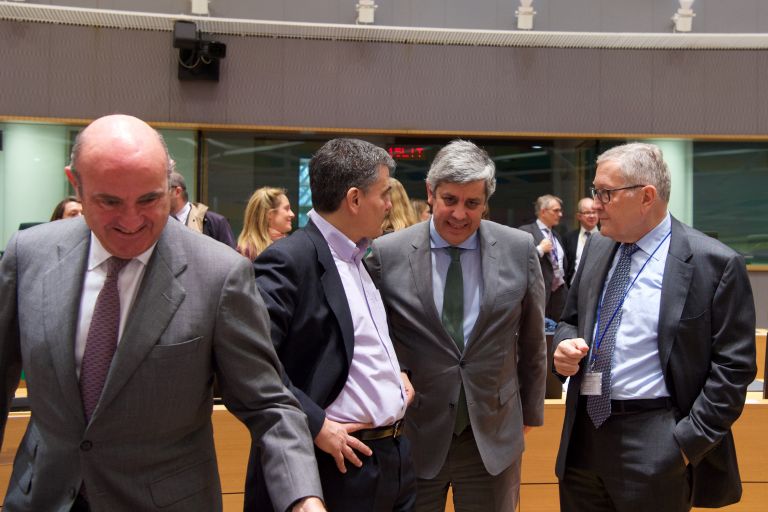 Share
European Stability Mechanism (ESM) managing director Klaus Regling and Eurogroup President Mario Centeno welcomed Greece’s exit from its bailout programmes, noting that Greece can now stand on its own feet but underlining that continued reforms and continued fiscal discipline will be necessary.
‘A day to celebrate’
“This is a day to celebrate. Greece will leave its ESM programme and regain financial independence. Eight years ago, the situation was very, very difficult. Greece had serious economic problems and lost market access,” Regling said in a videotaped statement marking the bailout exit.
“Since then, the Greek economy, the Greek people have worked very hard to get out of these problems, to modernise the economy and create again growth and employment. This should continue. The reforms must continue so that Greece’s economy can become a modern European economy. Greece will not be on its own. The ESM will be a long-term partner of Greece. We have an interest that the Greek economy does well in the future,” said the chief of the ESM, which is Greece’s biggest lender.
In a written statement, Regling stressed the need for continued reforms, expressing hopes that Greece will be another success story, like other bailout countries that exited earlier.
““Greece is the fifth country after Ireland, Spain, Portugal, and Cyprus to exit an EFSF or an ESM programme. As the ESM and EFSF are Greece’s largest creditors, holding 55% of total Greek government debt, our interests are aligned with those of Greece. We want Greece to be another success story, to be prosperous and a country trusted by investors. This can happen, provided Greece builds upon the progress achieved by continuing the reforms launched under the ESM programme. We will soon provide further support to Greece as the medium-term debt relief measures, politically agreed by the Eurogroup in June, will be incorporated into lending arrangements with Greece and are expected to be approved formally by the EFSF Board of Directors this fall,” the statement said.
Centeno: Greece can stand on its feet
The Eurogroup chief underlined that no more rescue programmes will be necessary, that the economy is growing again and that unemployment is falling.
“Today we can safely conclude the ESM programme with no more follow-up rescue programmes, as for the first time since early 2010 Greece can stand on its own feet. This was possible thanks to the extraordinary effort of the Greek people, the good cooperation with the current Greek government and the support of European partners through loans and debt relief”, the Eurogroup chief said.

“The ultimate goal of the financial assistance plan and reforms in Greece over the past eight years has been to create a new basis for healthy and sustainable growth. It took much longer than expected but I believe we are there: Greece’s economy is growing again, there is a budget and trade surplus, and unemployment is falling steadily,” Centeno concluded.