The fire changes everything politically

Multi-nationals and international investment schemes have turned their sight to main opposition leader Kyriakos Mitsotakis. There is a climate that investors will be on hold until the next elections. 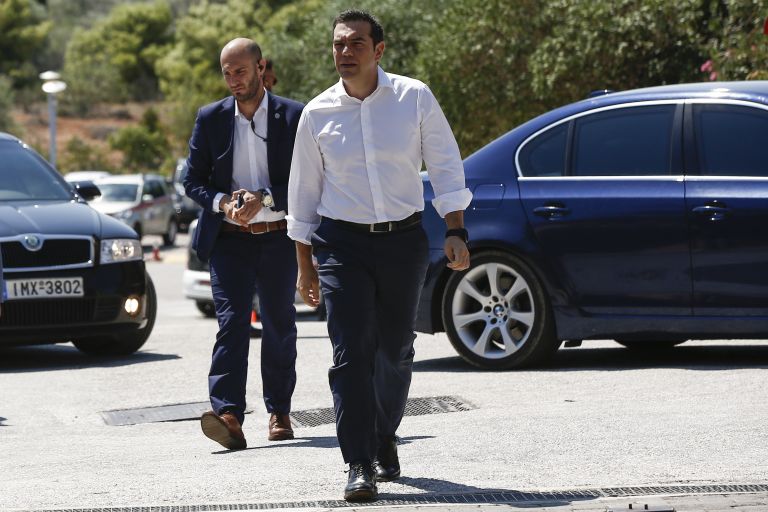 The focus of criticism is Prime Minister Alexis Tsipras, who on the night of the fire appeared on television in a conference with top brass, and involved himself in the operational and communications management of the disaster.

Until that catastrophic night, nothing could touch Mr. Tsipras
The government from the start did not realise the broad disapproval of the public, and that led to provocative and insulting statements even about the fire-stricken.
A general backlash emerged from all political parties, especially from the Greek Communist party and the extra-parliamentary left.
Tsipras was forced to tone down his rhetoric, and he became politically unrecognisable. There was no invective of threats, only expressions of empathy, and calls on the opposition for consensus on the new civil protection measures he proposed, with pledges that top posts would be filled in a meritocratic manner.
Mr. Tsipras has transformed himself from a lion into a humble sheep, obviously because the government is well aware of the universal denunciation of its actions.
The government is in need of a restart, and it has rejected calls for early elections, while trying to persuade the public of its ability to manage affairs effectively.
The public disapproval comes at a time that trust is necessary for Greece and its economy to exploit the opportunities arising from the end of the bailout programme and the country’s return to the international economic system.
The domestic distrust of the government is reflected in the rise in Greek bond yields, which is linked to the crisis in Turkey and doubts about Italy. The head of the parliament’s budget office, Fragiskos Koutentakis, underlined the need for strict fiscal discipline and further reforms.
Potential international investors are now reluctant, awaiting forthcoming developments. They feel that the government has lost its forces and from now on will focus on the survival of the party and government. They are especially concerned about political instability.
Multi-nationals and international investment schemes have turned their sight to main opposition leader Kyriakos Mitsotakis. There is a climate that investors will be on hold until the next elections.

The calling of elections will produce expectations and give Mitsotakis the momentum to prevail. Foreigners believe that an investment-friendly, liberal government will highlight opportunities and fuel investment.