Essentially, the PM attempted to limit the public dialogue to illegal construction, and to avoid any discussion of the inadequacy of services and policies of the state and his government. 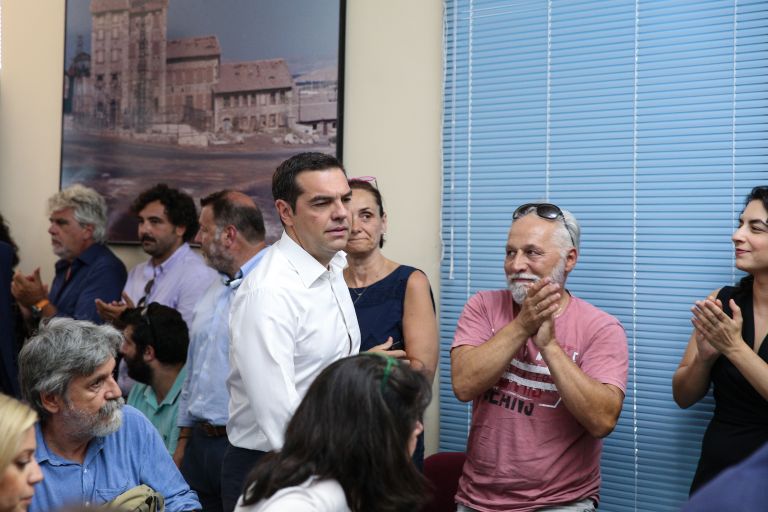 Share
The prime minister drew his own conclusions about the deadly fire in Mati and presented it officially in Lavrio.
He attributed the disaster to climate change, illegal buildings and the policies that facilitated their construction, to the interests that traded in building lots, and to construction without building permits.
He said that in the past, “there was a lack of bold political decisions”, and he called upon citizens to cooperate with him to “tear down dysfunctions” in order to “better prepare” for similar phenomena that may arise.
Having said that, he reiterated that nothing will be forgotten. He committed himself to investigate how and why everything happened, and announced the tearing down of 3,200 illegal buildings in Attica, and 19 more actions in that direction.
Essentially, he attempted to limit the public dialogue to illegal construction, and to avoid any discussion of the inadequacy of services and policies of the state and his government.
He also avoided any discussion of the theatrical cover-up of responsibilities that arose on the fateful night of 23 July, and which was repeated the next day in a news conference held by the supposed managers of the great crisis.
The prime minister and his government are attempting to shift the focus to illegal construction, and to the diachronic responsibilities of previous governments, so as to spread the blame.
From the beginning, he believed that the issue of illegal building could serve as a life vest for himself and his government.
He does this because on the day of the tragedy, the limited capabilities of the government were exposed.
The capability of the PM and his associates to handle difficult situations, and to govern successfully for the good of the country and the people, was disputed.
It is clear to everyone that the prime minister and his ministers are bedeviled by the generalised doubt all over the country about their competence.

The government now faces an existential crisis. They know that their political future is being judged right now.

If they do not manage to check the situation by spreading the responsibility and getting off the hook somehow, they are finished politically.
Undoubtedly, they will do whatever they can το dull the negative impressions and create the conditions for a return to normalcy.

However, the tragedy leaves a heavy shadow that cannot be transcended. It will be a burden as long as they attempt to shirk responsibility and engage in political adventurism.