Tafyllis has extensive operational experience, on both the practical and theoretical levels, with issues of administration, oversight, and management of crises. 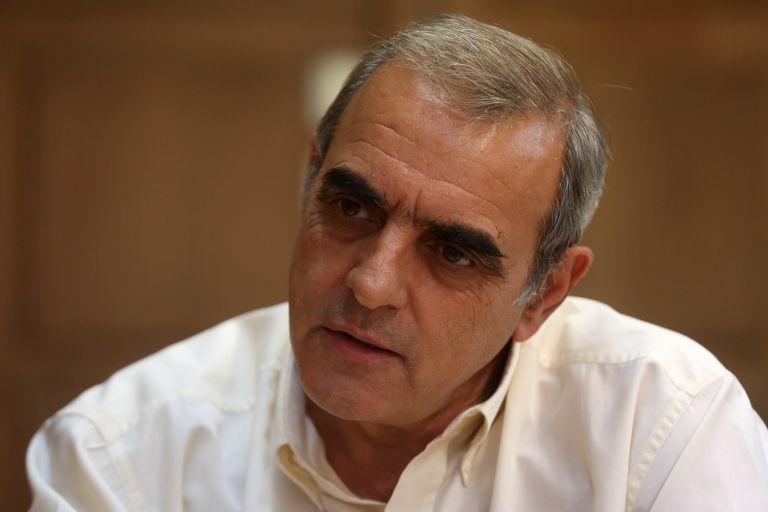 Share
After days of harsh criticism, the General Secretary of Civil Protection, Yannis Kapakis (photo above), tendered his resignation to Interior Minister Panos Skourletis.
He has been replaced by Yannis Tafyllis, until now the director of the Centre of Security Studies of the ministry of Digital Policy, Telecommunications, and Information, serving under Minister Nikos Pappas.
Kapakis’ resignation was expected after the resignation of public order minister Nikos Toskas and the sacking of the chiefs of the Fire Service and Greek Police, on Sunday afternoon.
Tafyllis was present at a press conference held by then public order minister Nikos Toskas and government spokesman Dimtris Tzanakopoulos, though he did not speak or answer questions regarding problems in communications during the crisis.
A retired Fire Service officer, Tafyllis had assumed his responsibilities on 22 October, 2015. Since 2013, he has been a member of Foreign Minister Nikos Kotzias’ “Movement of Ideas and Action Pratto”, sort of political think tank.
In March, 2014, he created the municipal movement “Andros of Our Lives”, and now he is a City Councillor from the minority faction of the Municipality of Andros.
Tafyllis has extensive operational experience, on both the practical and theoretical levels, with issues of administration, oversight, and management of crises.