Tsipras said that the agreement makes clear that ancient Macedonia is Greek and that no previous government was able to conclude an agreement with Skopje that recognises that. 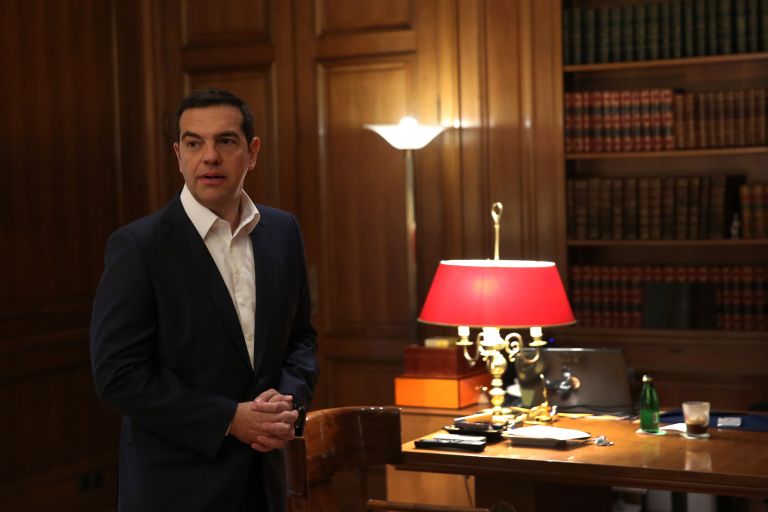 Share
Just one day after he announced the sealing of the FYROM naming agreement, Prime Minister Alexis Tsipras spoke of a diplomatic victory and defended controversial aspects of the accord, such as recognition of a Macedonian ethnicity and language.
The PM said that true patriots who are sensitive about the issue – though not nationalists and extremists – will begin to understand the benefits of the agreement.
Tsipras said that the agreement makes clear that ancient Macedonia is Greek and that no previous government was able to conclude an agreement with Skopje that recognises that.
The PM praised Foreign Minister Nikos Kotzias’ resolve and persistence in pursuing a solution, amidst threats from ultra-nationalist circles.
He also denied that there was foreign pressure on Athens to strike an agreement, and he categorically denied reports that Germany had offered a more generous debt relief package if an agreement is signed.
Tsipras said he respects the patriotic sensitivity of citizens who participated in demonstrations against the deal, but he noted that extremist elements also participated.
The PM also expressed his certainty that the accord will be ratified by the Greek parliament with a large majority, as there are MPs and parties – other than SYRIZA – that support it.
As for charges that the government “handed over” to Skopje the Macedonian ethnicity and language, the PM dismissed them on the grounds that peoples have a right to identify themselves. However, he noted that passports will say that Macedonia (ethnicity)/Citizen of Northern Macedonia.

Finally, he said that if the agreement is not ratified by the parliament in Skopje, it will automatically be null and void.