Movement for Change divided over vote on FYROM deal

The issue has deeply divided the party, which has failed to reach consensus after four meetings on the matter. 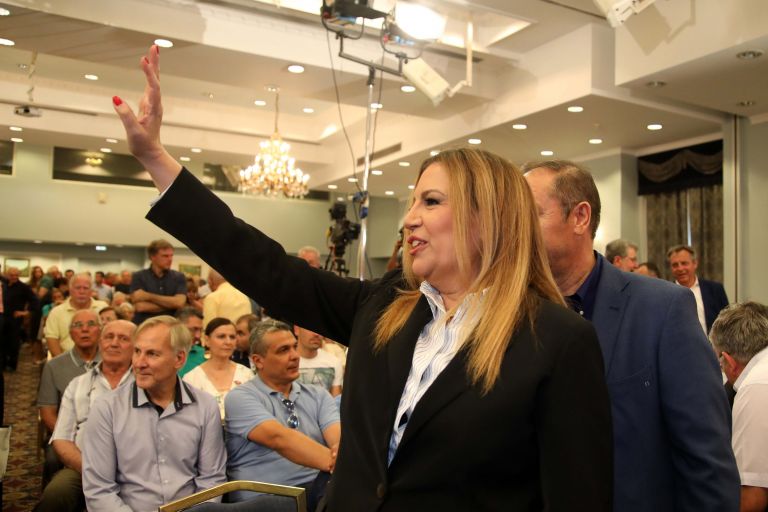 Share
The centre-left Movement for Change appears to be deeply divided on its response to the FYROM settlement, with leader Fofi Gennimata arguing in favour of voting down the deal, and several top cadres, including To Potami party leader Stavros Theodorakis , leaning towards approving it.

At a contentious meeting of the party’s Political Council yesterday, Gennimata argued forcefully for rejecting the deal.

Gennimata said that FYROM’s constitutional revision should refer to the ethnicity and language as Northern Macedonian.
She also said the invitation for FYROM to join Nato should come after implementation by Skopje of its commitments, otherwise Athens could face a fait accompli in the Alliance.
Top cadres Theodorakis, former prime minister George Papandreou, Thanasis Theocharopoulos, Athens Mayor Yorgos Kaminis, and Nikos Androulakis conceded that there are murky points in the deal, but that it moves in the right direction.
Their view was shared by experts invited to assess the text of the agreement, except for retired professor Panagiotis Ioakeimidis, a distinguished Europeanist, who said that the murky elements outweigh the positives.

The issue has deeply divided the party, which has failed to reach consensus after four meetings on the matter.

“The agreement presented by the government is a step, but it does not constitute a comprehensive solution,” Gennimata said, conceding that there are positive points that agree with the framework set by her party, but that implementation relies primarily on Skopje.