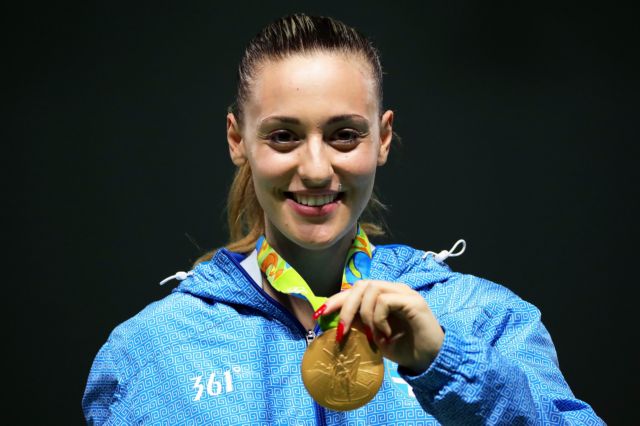 After winning a bronze medal on Sunday, Anna Korakaki won her first gold Olympic medal on Tuesday evening, the first for Greece in the 2016 Olympic games in Rio.

Following her major win, the Greek athlete from Drama told journalists that she cannot find words to describe her emotions and has not yet realized her accomplishment. She expressed her hope that her success will inspire more young people to take up the sport.

This is the first time since the 1912 Games in Stockholm that a Greek athlete has managed to win two medals in the same Olympics, when Konstantinos Tsiklitiras won gold and bronze medals in the standing long and high jump events.