Olympiacos and PAOK knocked out of Champions League

Wednesday evening was difficult for Greek football, as both Olympiacos and PAOK… 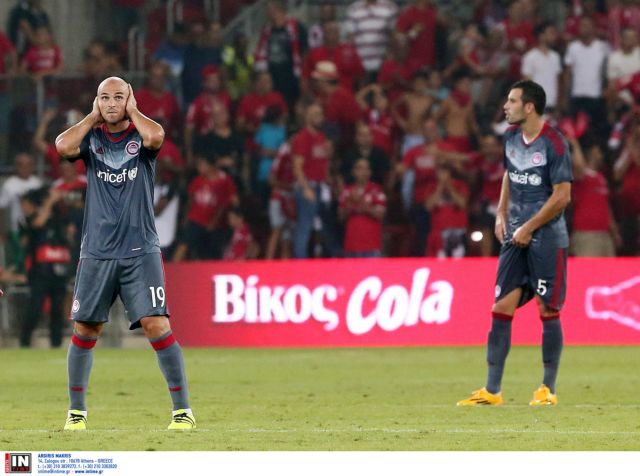 Wednesday evening was difficult for Greek football, as both Olympiacos and PAOK were knocked out of the third stage of the Champions League qualifiers. The “Reds” were defeated 1-0 by Hapoel Be’er Sheva in Israel, while PAOK suffered a 1-2 loss in Thessaloniki from Ajax.

Although Olympiacos appeared better off in Wednesday evening’s match, the team’s performance left a lot to be desired. Although Olympiacos Victor Sánchez was more prepared and this team dominated most of the match, it was the local side which managed to break the stalemate with Shir Tzedek (79’).

In Thessaloniki the game started off ideally with Stefanos Athanasiadis (4’) opening the score early on for his team, which had the opportunity to score additional goals in the first half. At the end of the first half however Davy Klaassen (45’+) equalized the score for Ajax with a penalty. Despite PAOK’s efforts to fight back though, Klaassen scored a second goal (88’) near the end of the match.

Both teams will continue their European campaigns in the Europa League for this season, where AEK, Panathinaikos and PAS Giannina are also competing.