Efforts to move migrants and refugees from Piraeus continue

The latest official count shows that there are about 4,500 migrants and refugees who are camped up at the port of Piraeus, in… 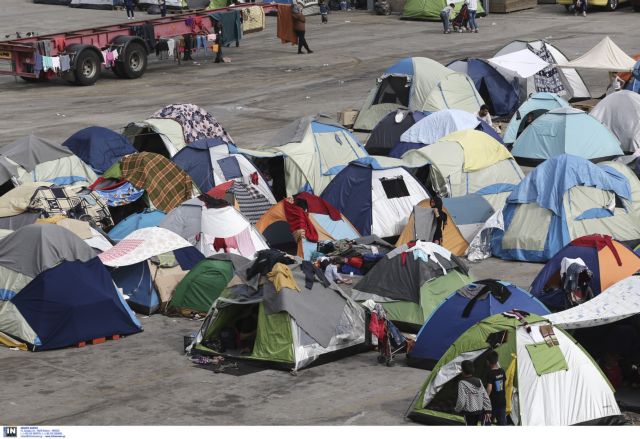 The latest official count shows that there are about 4,500 migrants and refugees who are camped up at the port of Piraeus, in spite of the government efforts to persuade them to move to official camps and centers. The hospitality center at Skaramangas, which is currently being developed, is expected to receive about 800 refugees from Piraeus.

As of Saturday pamphlets and information on hospitality centers are being distributed among the migrants and refugees. Information on the centers, procedures and legislation is also available in many languages online at the newsthatmoves.org website.

The president of the Greek chapter of the Doctors of the World Nikitas Kanakis told Mega Channel that it remains to be seen whether these efforts will have effect. He also estimated that many refuse to leave the port because conditions at the hospitality centers are not much better.

Meanwhile the Mayor of Piraeus Yannis Moralis told the municipal radio station on Sunday that he does not have any authority or jurisdiction over the port and underlined that he has done all he can do to address the humanitarian crisis.

Mr. Moralis also noted that he was initially told that up to 1,000 refugees would remain in the port of 24 hours, but a month later there are over 4,500. He also estimated that the port will not be cleared out.