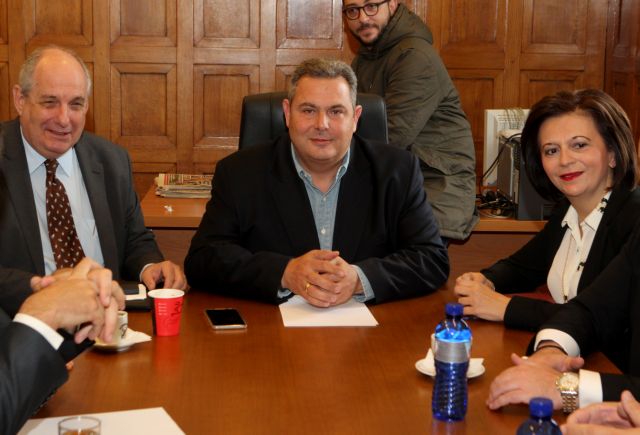 The Minister of National Defense Panos Kammenos has estimated that solutions will be provided to facilitate decisions to take Greece out of the crisis by the 1st of May. Mr. Kammenos – currently in Washington for the annual AIPAC policy conference –further elaborated that these solutions will be supported by the USA on a political level.

According to the National Defense Minister, the American Israeli groups will help Greece overcome the crisis and enter a new phase of investments and security. This will in turn allow for the creation of a network of security starting from Israel, Cyprus, Egypt, Jordan and Greece and extending to Bulgaria and Romania.

Regarding the refugee crisis, Mr. Kammenos reminded that in 2008 the EU member-states confirmed that the Greek borders are also the European Union’s external borders and expressed his satisfaction with Turkey complying with the recent NATO agreement on patrols in the Aegean.