The Prime Minister Alexis Tsipras has called a council meeting of political leaders, after the President of the Hellenic Republic… 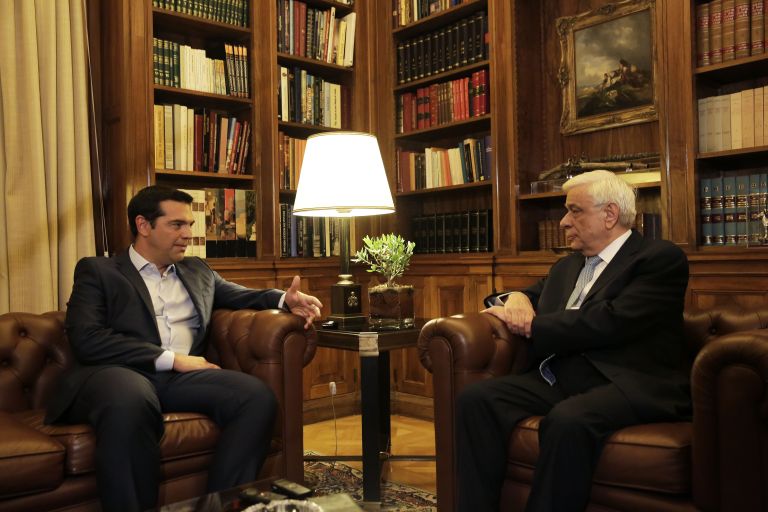 Sources suggest that the meeting has been called because the Prime Minister believed that the political leaders must weigh in on the major bill to be tabled in Parliament, such as the pension reform, as well as the latest developments in the refugee crisis and the deterioration of Russia and Turkey’s relations.

The Union of Centrists will be represented by party leader Vasilis Leventis, while the neo-Nazi party Golden Dawn will not participate in the meeting. PASOK president Fofi Gennimata is holding a meeting with party members in order to determine how she will respond to the Prime Minsiter’s request.

Mr. Leventis told To Vima that due to his “anxiety over the country’s salvation” he intends to call the Prime Minister to form a national unit government and clarified that he will not support the pension reform. He also appeared on Mega Channel where he stated that «consent does not mean voting for stupid things«.

The Communist Party of Greece has issued a statement explaining that it will “not participate in a ‘parody discussion’ which aims to make the people complicit to the unpopular policies of the government and capital”. The Communist Party concludes that the discussion and any submission of proposals from the parties can take place in Parliament.

The latest information suggest that the meeting may take place on Saturday, as the PM will attend a summit meeting on the refugee and migration crisis and on Monday he will attend a summit on climate change in Paris. The next available day for a meeting is Tuesday, the 1st of December.