The Golden Dawn trials continued on Tuesday with the testimony of Giorgos Doulvaris, a childhood friends of the murdered… 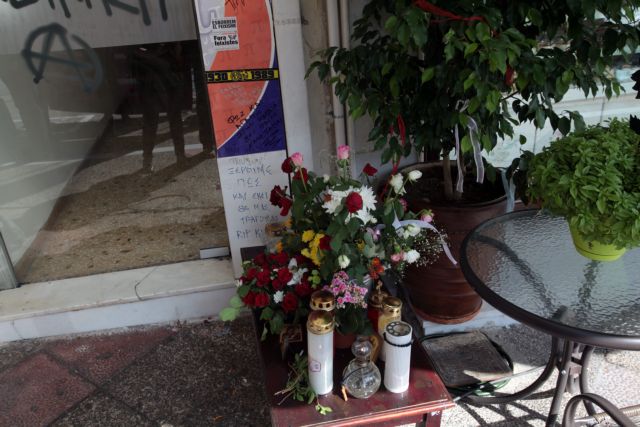 The Golden Dawn trials continued on Tuesday with the testimony of Giorgos Doulvaris, a childhood friends of the murdered anti-fascist and activist and rapper Pavlos Fyssas. Doulvaris broke down in tears in court, as he described how he ran to save his life after being assaulted by the gang of Golden Dawn supporters, whom he called “beasts”.

According to Doulvaris he attended the café in Keratsini with Fyssas in order to watch a football match, when they noticed two Golden Dawn supporters who were sitting nearby and stared intently. After the match concluded and they left the café he saw about ten people outside, who began to terrorize and threaten the group.

Eventually the gang grew to about 20-30 individuals carrying bats and wearing helmets. Doulvaris explained that “they were like beasts and constant provoked up. We decided to run when they attacked us […] We ran to save ourselves, Pavlos [Fyssas] said ‘lets go, run’ and they followed us in a threatening way. When I realized Pavlos was not by me, I went around the block and returned to the same spot to see where [he] was”.

When questioned by the defense, Doulvaris argued that the attack against Fyssas had been planned because the numbers of the Golden Dawn supporters outside the café grew quickly.