Tension within coalition government over the latest prior actions bill 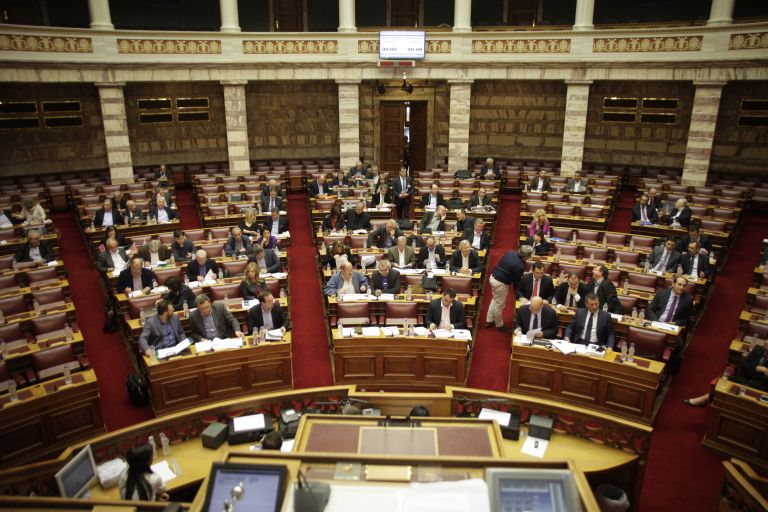 The Plenary will be called upon on Thursday evening to vote for a new series of controversial prior actions which will unlock 12 billion euros of aid – a 2-billion-euro tranche and a further 10 billion euros for the critical recapitalization of systemic banks. Although the bill is expected to go through, there is major tension amongst the coalition government MPs, given the controversial nature of some of the measures contained.

One such measure is the proposed 40-cent tax on each liter of wine, which was announced on Wednesday, which has prompted reactions from all sections of the opposition and the domestic wine industry. The Alternate Minister of Finances Tryfon Alexiadis was quick to note that the measure would also affect imported wine, but stated that the tax will be reconsidered.

The Independent Greeks – which previously voted against a similar tax hike on microbreweries – have not yet formally announced their intentions, but they are likely to vote against it. The junior government partner claimed that the measure will benefit the illicit trade and may even have an effect on public health.

New Democracy’s Dora Bakoyanni argued that rather than boosting primary production, the measure will doubt the cost of production for winemakers, which in turn will result in many businesses shutting and, a higher rate of unemployment and the proliferation of the illicit wine trade. She also accused the government of lacking strategy and planning.

A representative of domestic winemakers Giorgos Skouras underlined that the “catastrophic” measure will trigger the collapse of wine tourism and organized wineries. Mr. Skouras also stressed that the government is planning on introducing a tax, when the European Union is subsidized wine with a zero excise tax.

Similarly, the intention to raise the taxes on gambling and the lottery games operated by OPAP in particular, have caused reactions, with the gaming company claiming that the measure will have “serious negative consequences on multiple levels”.