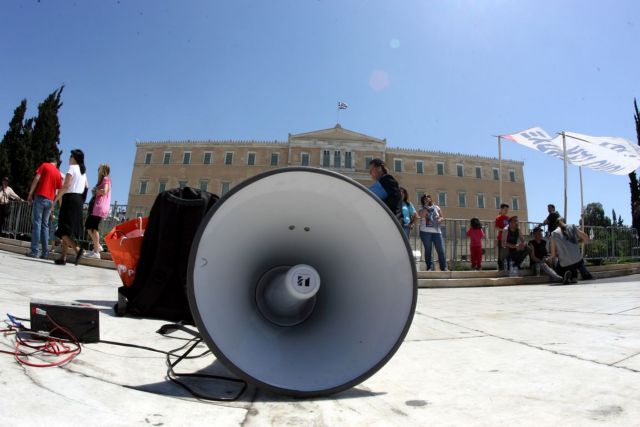 The executive committee of public sector trade union ADEDY has announced a demonstration for next Thursday the 19th of November at 6:30 in Syntagma Square in the city center of Athens, in response to the government’s plans regarding primary residence auctions.

In its statement, ADEDY accused the SYRIZA-led coalition government of preparing for mass home auctions and stressed that it is following the same tactics of the New Democracy and PASOK administrations.

Additionally the statement underlines that the prior actions and measures to be taken, so that the government may receive a 2-billion-euro tranche to pay off the public debt and a further 10 billion euros for the bank recapitalization, will have a serious affect on tens if not hundreds of thousands of households.

In concluding, ADEDY calls all employees in the public sector and the Greek people to demonstrate in order to protect homes from auction, abolish the old and new bailout agreements and to write off the debt.