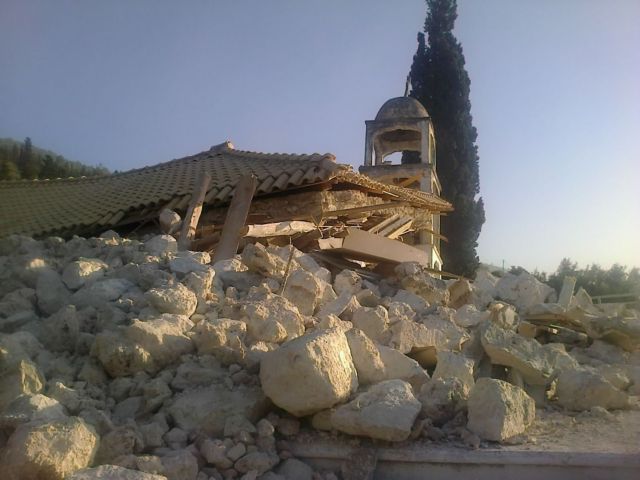 The earthquake that jolted the Ionian island of Lefkada on Tuesday resulted in the death of two women and the injury of eight residents, on top of causing serious damages to buildings and roads. The southwestern side of the island suffered most of the damages, with roads blocked off due to landslides. As such, technical teams have dispatched to the island to survey the extent of damages, with a state of emergency expected to be announced.

Aside from houses, the island’s road, water and electricity networks have suffered significant damages, with many residents being accommodated in hotels. Tents were also put up in Agios Petros, Athani and Dragano, which suffered extensive damages. Municipal and regional government authorities have begun documenting and providing assistance to earthquake victims.

According to local news portal mylefkada.gr there have been 64 tremors – of varyin intensity – documented in the 15 hours that followed the main earthquake. The Deputy Minister of Infrastructure Panagiotis Sgouridis, along with the General Secretary of Civil Protection and the President of the Earthquake Planning and Protection Organization (OASP) and Professor of Dynamic Tectonic Applied Geology Dr. Efthimios Lekkas have arrived on the island.

Videos of the earthquake