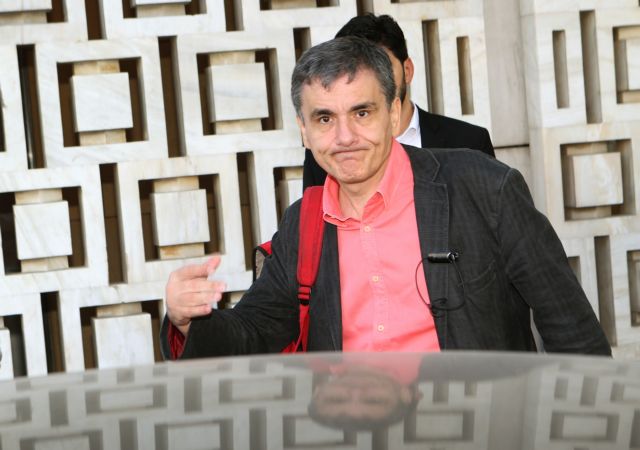 The Minister of Finances Euclid Tsakalotos announced that an agreement has been reached with the institutions on all 48 milestones, after a marathon negotiation that ended shortly after 1:20am on Tuesday. The agreement will be submitted in Parliament on Tuesday with a vote set to take place on Thursday.

Government sources indicated that the strategy regarding the management of ‘red’ loans will be addressed in December. The agreement on primary residence auctions provide protection for 25% of debtors, while 1 in 3 (35%) may receive partial protection based on their income, assets and cooperation with the banks.

In the first category of debtors who will receive protection, the household’s gross income may not exceed 8,180 euros for singles, 13,917 euros for couples and 20,639 for families with up to two children, while the tax value of their home must be under 170,000 euros. About 100,000 debtors are in this category. The state is also preparing a fund of 100 million euros to cover the payments of unemployed debtors.

The second category of debtors to receive protection will have to have their assets evaluated in order to be protected from auctions and will also have to cooperative. These debtors may have an income of up to 13,906 euros for singles, 23,659 euros for couples and 35,086 euros for families with up to two children, while their home must have a tax value under 230,000 euros. The debtor must also make steady payments for three years.

Of the estimated 1.2 million housing loans in Greece, about 400,000 are non-performing, with 170,000 debtors having applied for protection under the «Katseli» provisions.