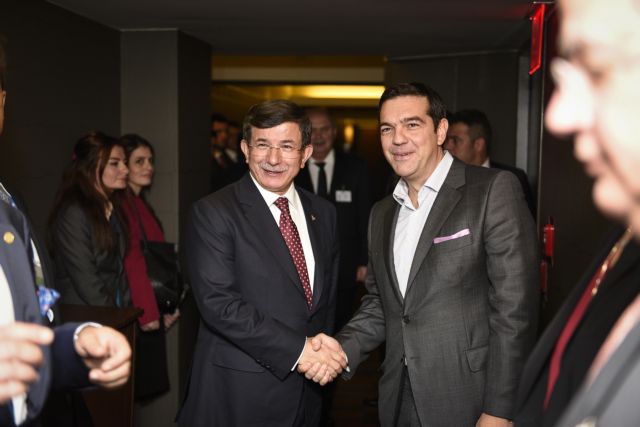 The Greek Prime Minister Alexis Tsipras is visiting the Turkish capital of Ankara on Wednesday the 18th of November for a series of top-level meetings, following invited from his Turkish counterpart Ahmed Davutoglu earlier in September. A meeting has not yet been finalized with President Recep Tayyip Erdogan.

Aside from the further development of bilateral relations, the refugee crisis and regional developments are expected to be up high on the agenda, in light of Friday’s terrorist attacks in Paris. There are concerns in Greece and other EU countries about refugees arriving from Turkey.

Greece has repeatedly stressed that refugee centers must be created on Turkish soil, so that the procedures for relocation to European countries can begin in Turkey. The Greek government has also rejected the possibility of joint patrols in the Aegean with Turkish authorities, however greater coordination and cooperation is on the table.

It remains to be seen what the Turkish leadership will request in exchange for further development of cooperation, as Turksy has consistently aimed to expand the agenda by putting additional issues on the table. Given the escalation of Western involvement in the Syrian conflict, Turkey is likely to make greater demands from its Western allies.