The National Observatory has reported that an earthquake measuring 6.1 on the Richter scale took place at about 9:10am on… 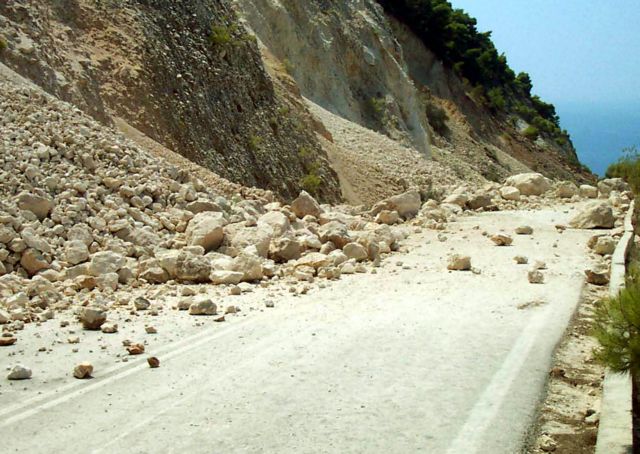 The National Observatory has reported that an earthquake measuring 6.1 on the Richter scale took place at about 9:10am on Monday, off the western coast of Lefkada. The earthquake reportedly took place at a depth of 5 kilometers and was felt as far away as Kerkyra and Ilia.

Early reports suggest two people died as a result of the earthquake. A 60-year-old woman in Ponti, near Vasiliki, was killed when a loose boulder slammed into her home, went through a wall and mortally injured her. Additionally, a 65-year-old woman in Athani died after a wall collapsed on top of her.

It has also been reported that six people have been hospitalized for light injuries as a result of the earthquake, including two boys aged 10 and 12 (from Lygia and Vasiliki respectively), an 88-year-old woman from Pinakohori and a 45-year-old man from Lefkada.

According a local resident who spoke to Mega Channel, the village Athani (near Porto Katsiki) on the western side of the island has suffered major damages from the tremor, with churches, houses and other buildings collapsing. Landslides were also noted in Nydri and Pigadisani.

The deputy regional governor of Lefkada has instructed all schools to shut dow, while technical teams have been dispatched to inspect the road network. Early reports indicate that the island’s road network has suffered significant damages.