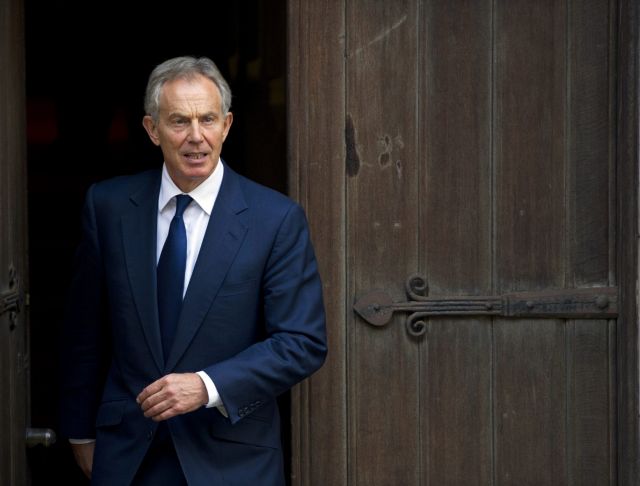 To Vima has been informed that Prime Minister Alexis Tsipras was not at Maximos Mansion at the time of the visit. The talks between Mr. Blair and Mr. Pappas were reportedly focused on the TAP natural gas pipeline, which has attracted British attention.

Mr. Blair arrived at Maximos Mansion accompanied by a huge security detail. The meeting, which had not been previously announced, has been confirmed by government spokesperson Olga Gerovasili.