PM Tsipras: “United we will find solutions for the refugee crisis” 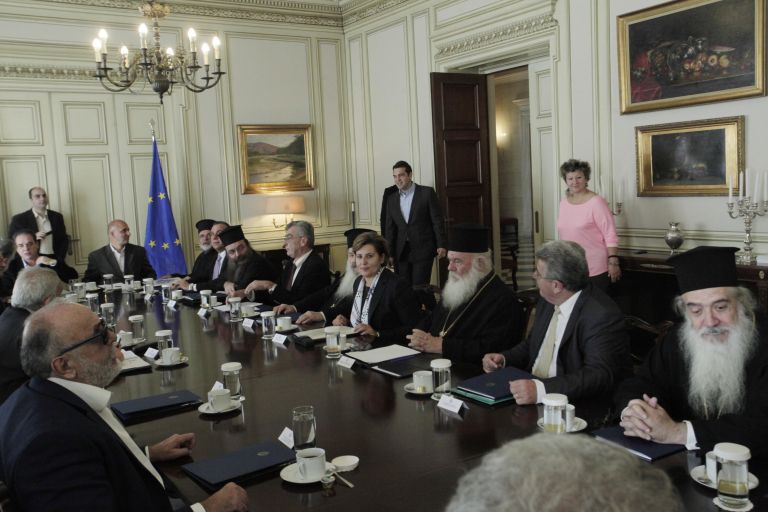 The Prime Minister Alexis Tsipras met with the regional governors and metropolitan bishops of five Aegean islands – Lesvos, Leros, Chios, Kos and Samos – in order to discussion solutions for the problems related to the refugee crisis.

Also present at the meeting were Archbishop Ieronymos, the Minister of Internal Affairs Panagiotis Kouroumplis, State Minister Alekos Flampouraris and Government Spokesperson Olga Gerovasili. The PM thanked the Archbishop for attending the meeting, stressing that precisely because the problem has such a humanitarian dimension to address, a union between the Church and State “is the only way”.

“We are facing a problem that goes beyond our means” Mr. Tsipras argued, before adding that “we must demand solutions, both on a European and national lever, because we all understand that no local community can face the problem on its own”.

The Prime Minister admitted that the government was caught ‘off guard’ when the refugee crisis emerged and stated “that is why we are here, to look into how we will find solutions together”.