The critical omnibus bill, which contains a series of prior actions agreed upon in the bailout, has passed through Parliament after… 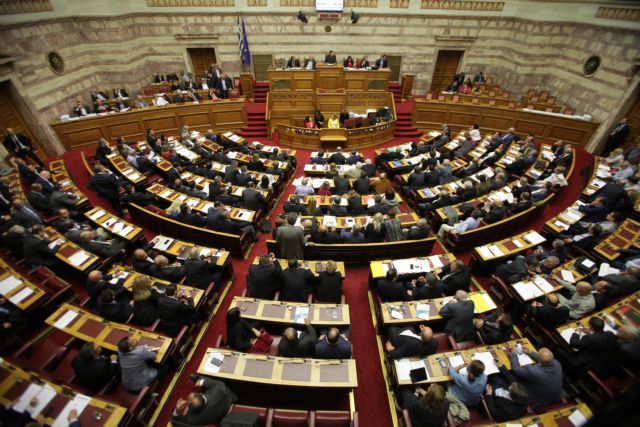 The critical omnibus bill, which contains a series of prior actions agreed upon in the bailout, has passed through Parliament after a late-night vote on Thursday. The bill was supported by 153 MPs from SYRIZA and the Independent Greeks, while 118 MPs from New Democracy, Golden Dawn, PASOK/DIMAR, KKE and the Union of Centrists voted against it and 9 MPs from the River voted present.

Article 53 in the bill – which extends the tenure of the board of the Athens Concert Hall and addresses the issuing of tax and social security clearance – was broadly supported by SYRIZA, New Democracy, the River, PASOK, KKE and the Union of Centrists. All Independent Greeks MPs voted against it, with the exception of Elena Kountoura. New Democracy’s Sofia Voultepsi and SYRIZA’s Anna Vagena also voted against the article, against their party line.

The discussion in Parliament was carried out in major tensions, in relation the attack against New Democracy MP Giorgos Koumoutsakos outside Parliament, as well as the controversial statements of Education Minister Nikos Filis on the genocide of Pontic Greeks. The Ministry of Finances revealed that it will soon be announcing its decisions regarding the VAT in education.