Fyssas mother to Roupakias: “I will slit your throat”

“I will slit your throat, you scum of society” screamed Magda Fyssa, mother of murdered antifascist activist Pavlos Fyssas, to… 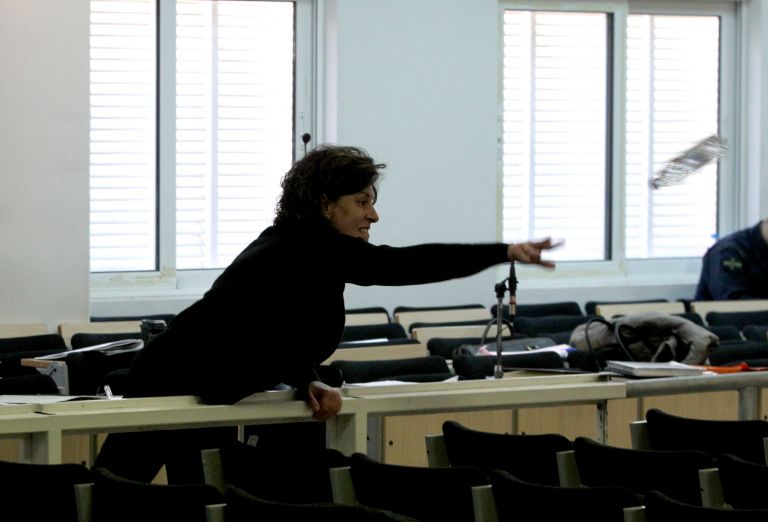 “I will slit your throat, you scum of society” screamed Magda Fyssa, mother of murdered antifascist activist Pavlos Fyssas, to the self-confessed murderer and Golden Dawn member Giorgos Roupakias, during a break in the trial of the neo-Nazi party.

Mrs. Fyssa also threw a plastic water bottle towards Roupakias, with the defense lawyers calling the police to intervene.

Earlier, during the trial, Kostas Padadakis on behalf of the civil action repeated the request to have a radio interview transcript read out in court, where the leader of the neo-Nazi party Nikos Michaloliakos chillingly assumed the ‘political responsibility’ of the Fyssas murder.

The court judge Maria Lepenioti urged the civil action to be patient, since that part of process has yet to begin, while Takis Michalolias – brother and lawyer of the party leader – claimed that the defense will submit the transcript itself.