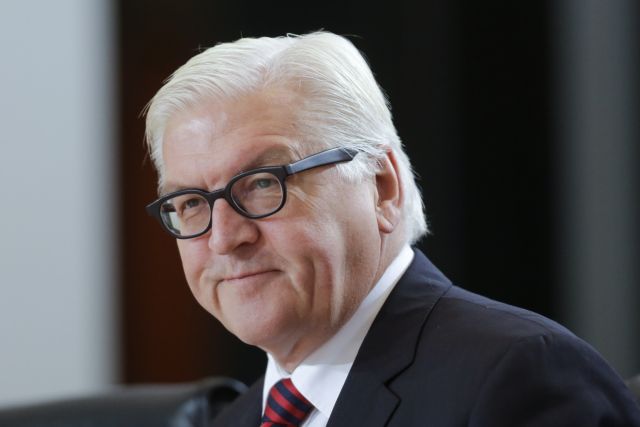 The German Minister of Foreign Affairs Frank-Walter Steinmeier will be visiting Athens on Thursday for a series of critical meetings with Greek officials.

The President of the Hellenic Republic Prokopis Pavlopoulos will receive the German Foreign Affairs Minister at 13:00, who will be accompanied by his Greek counterpart Nikos Kotzias. Mr. Steinmeier will then be received by Prime Minister Alexis Tsipras at 13:30

Following these meetings, Mr. Steinmeier will have a discussion and business lunch with his Greek counterpart Nikos Kotzias at 14:00. The two ministers will give a joint press conference at 14:30.

Later on, at 19:00 in the evening, Mr. Kotzias will accompany the German official to the Eugenides Foundation, where he will be presented with an honorary doctorate from the University of Piraeus.