Demonstrations against omnibus bill in Syntagma and Omonia 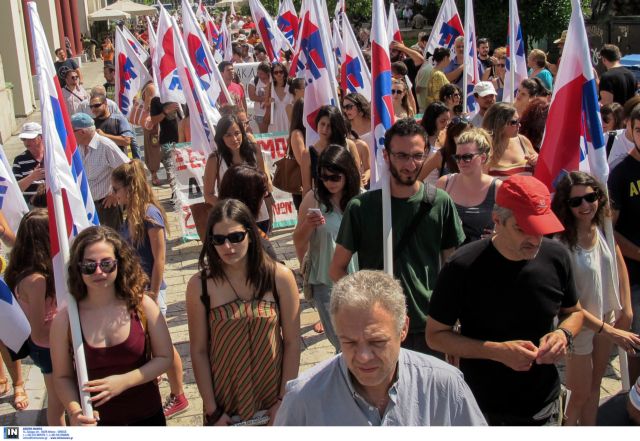 The public sector trade union ADEDY and the All Workers Militant Front (PAME) have planned demonstrations at Syntagma (7pm) and Omonia (6.30pm) respectively for Friday, when the omnibus bill containing bailout-mandated prior actions will be voted in Parliament.

In its statement ADEDY underlines that the bill will bring new pension cuts and higher age of retirement, which have also been imposed on the private sector. ADEDY also underlines that a series of benefits (including some introduced only three months ago) will face the chop, greatly affecting working classes.

PAME stresses that the measures contained in the bill are the prelude the “hard and overwhelming attack” that will continue in November and which aims to completely destroy the social nature of insurance, while ransacking wages, pensions and labor rights. According to PAME nobody will be exempt from these measures, which protect the profits of capitalist employers.