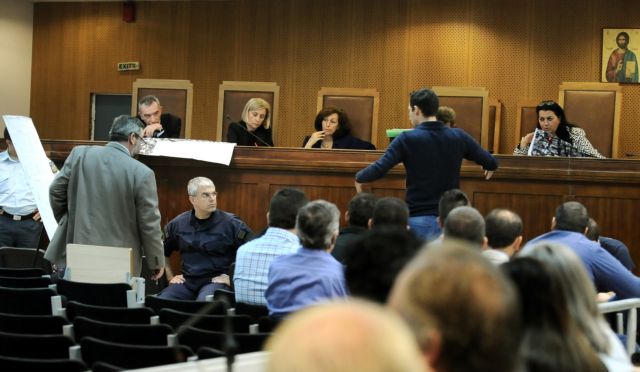 According to Rotas, the police did not intervene because there were only 8 officers on site against the 50-strong assault squad that gathered outside the café and which later attacked Fyssas and his friends. The officer explained that one of his colleagues – Tsolakidis – spoke to a man who claimed to ‘mediate’ the situation and that Tsolakidis noticed that the gang of neo-Nazi supporters carried brass knuckles. Nevertheless, Rotas claimed “there was no reason” to approach the gang.