Courts decide to adjourn Golden Dawn trial until 15th of May

The Golden Dawn trial, which was meant to resume on Tuesday, has been adjourned until Friday, the 15th of May after complaints… 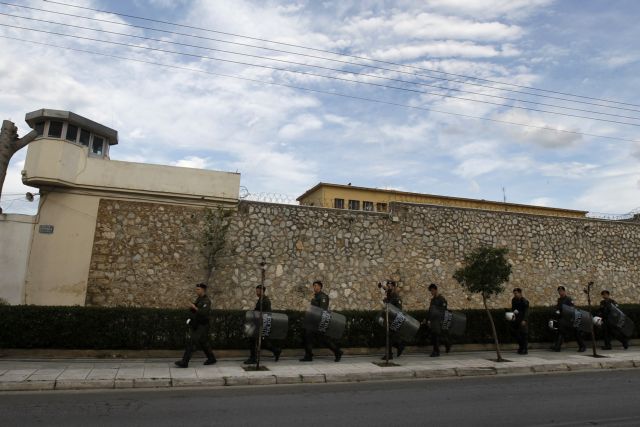 The Golden Dawn trial, which was meant to resume on Tuesday, has been adjourned until Friday, the 15th of May after complaints from defense attorneys, who object to the transfer of the trial to another court.

Following the meeting between the Minister of Justice Nikos Paraskevopoulos with the Mayor of Korydallos Stavros Kasimatis on Monday, it was decided to move the Golden Dawn trial to a more suitable courthouse, in a purpose-built room in the Athens Court of Appeals in September.

Municipal authorities were pleased with the development and argued that the trial should be transferred to an existing courthouse in the Court of Appeals. The Justice Minister recognized the tension and problems caused in the area around the prison facility, where the trial is currently taking place.

Even before the trial began, local authorities and activist groups objected to the trial taking place in the purpose-build court-house in the prison facility, noting that it would disrupt the operation of schools in the area. On the first day of the trial a gang of alleged Golden Dawn supporters assaulted and terrorized witnesses who were attending the trial, with the police failing to intervene.

The Mayor of Korydallos revealed that the demonstrations planned for Tuesday, when the major trial is set to resume, will continue as normal. As such, the schools and kindergartens in Korydallos will remain closed, while a rally and march to the prison facility has been planned.

As in the previous two trial sessions, the leadership of the neo-Nazi group – Nikos Michaloliakos, Christos Pappas, Ilias Kasidiaris, Yannis Lagos and Nikos Michos – decided to snub the process on the third day as well.