Pavlopoulos: “Meetings with ministers will be a frequent event” 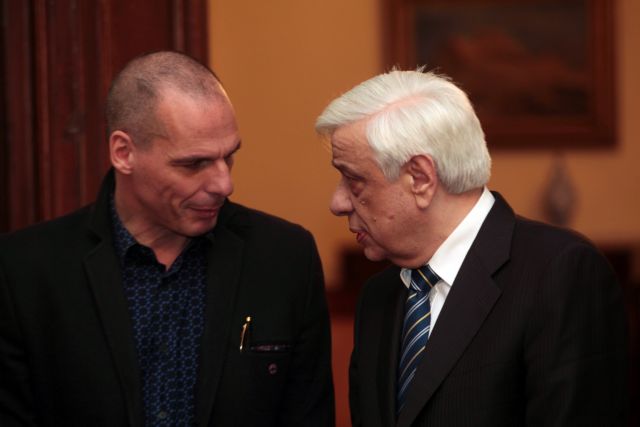 The President Prokopis Pavlopoulos received the Minister of Finances Yanis Varoufakis at his office at noon on Tuesday, who is the first minister to visit him at the Presidential Mansion.

After their meeting, the President told journalists that he has known Mr. Varoufakis “for years” as they were colleagues at the University of Athens. Mr. Pavlopoulos added that while they now have different responsibilities and duties they still speak as colleagues.

Mr. Varoufakis also stated that he remains a professor and that his “soul belongs to the university”. The President also noted that he intends to have regular meetings with ministers, particularly the Minister of Finances.

Mr. Varoufakis updated the President on the latest regarding his duties.