Kammenos: “We will not back down on German reparations” 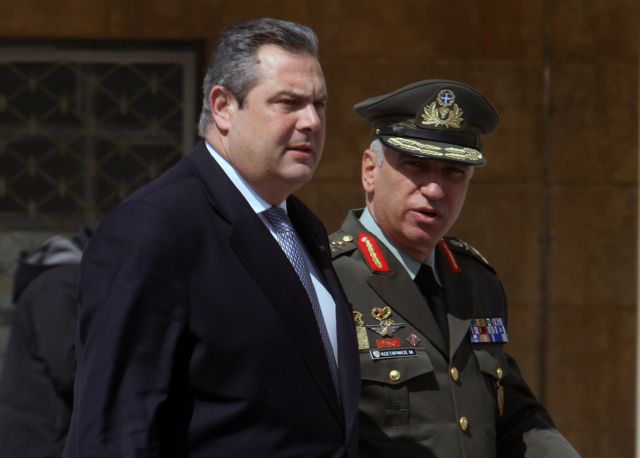 The Minister of National Defense Panos Kammenos underlined that the government will not back down on German reparations, in an interview he gave to Mega Channel on Tuesday.

Mr. Kammenos, who repeated PM Tsipras’ claim that the German reparations are primarily a moral issue, stressed that “we will approach the matter on reasonable terms” and estimated the German Chancellor Merkel’s recent statements suggested a willingness to discuss the matter. He added that the reparations are a separate issue to the Occupation loan.

Furthermore, Mr. Kammenos praised the Prime Minister’s intervention regarding the Siemens scandal and maintained that German authorities must provide the necessary data, in order to determine the extent of bribery involved.

Additionally, Mr. Kammenos announced a series of bills to be submitted for consideration in Parliament. These will aim to reorganize the Armed Forces, in line with the changes that have been implemented in the past couple month. Amongst his plans are to revive “MOMA”, a program which would allow conscripts to extend their tour of duty for a further two years. This program was formed in 1957 and aimed to restore many of the damages caused to the country’s infrastructure during WWII and the ensuing Civil War.