The government is facing major criticism, after an extensive report in the Sunday edition of To Vima revealed that the Alternate… 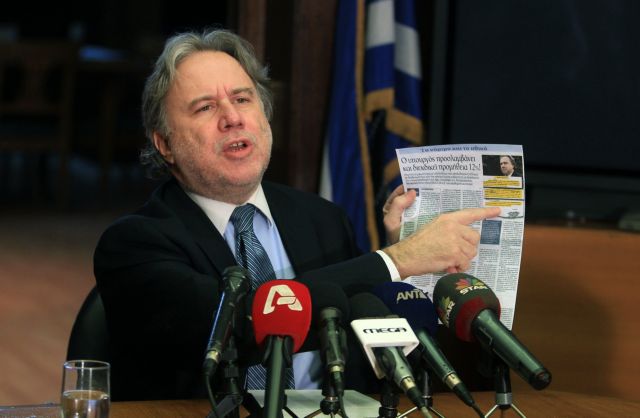 The government is facing major criticism, after an extensive report in the Sunday edition of To Vima revealed that the Alternate Minister of Administrative Reform Giorgos Katrougalos appears to be implicated in a scandal involving private contracts he signed with dismissed and suspended civil servants.

According to the investigation by To Vima’s Vasilis Chiotis, Mr. Katrougalos – who worked as a lawyer prior to his ministerial appointment – appears to have signed private contracts with a number of dismissed and suspended civil servants, where he would receive 12% of their gross earnings, should they be reinstated in the public sector. Controversially, some of these private contracts appear to have been signed by Mr. Katrougalos on the 27th of January, the day he was informed of his ministerial appointment.

The Alt. Minister has dismissed the claims and argued that the intention is to discredit and harm the government’s efforts. Mr. Katrougalos claims that he has formally suspended his activities as a lawyer and that the contracts in question refer to the wage differential, rather than reinstatement in the public sector. He also vowed to resign from his post, should any contracts surface which were signed by him.

Despite the clarifications and assurances provided by Mr. Katrougalos though regarding the legal implications, the case has a significant ethical perspective. Mr. Katrougalos’ claims suggest that rather than defending the public good, he was defending litigation against the State. Furthermore, the Minister has admitted to singing at least 20 contracts with school guards, where he promised to do all he can so they are reinstated. These contracts are still in effect though and should the guards be vindicated, then Mr. Katrougalos is to receive appropriate payment, despite being Minister. Mr. Katrougalos claims that his partner at his legal firm will receive the payment instead.

As expected, the opposition parties have demanded the immediate resignation of the Alternate Minister of Administrative Reform. New Democracy, PASOK and The River issued statements stressing that should the allegations be true, then Mr. Katrougalos must be dismissed from his duties immediately, while stressing the ethical dimensions of the case.