After a three-hour meeting on Sunday evening in Berlin, the Greek and German Ministers of Foreign Affairs Nikos Kotzias and… 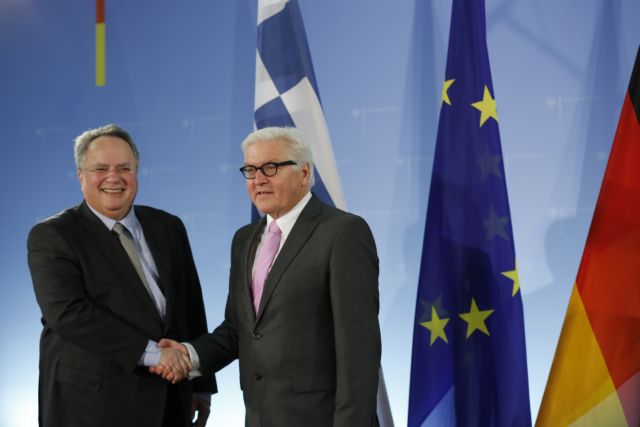 After a three-hour meeting on Sunday evening in Berlin, the Greek and German Ministers of Foreign Affairs Nikos Kotzias and Walter Steinmeier, agreed to work on developing the future relations between the two countries.

While there were no explicit references to the German reparations, a Greek-German scientific committee would consider and address the thorny issue of the reparations, compensation owed to the victims of the German occupation, the occupation loan and the theft of thousands of archeological artifacts from Greece.

This is a major development since Germany has consistently refused any discussion on the controversial matter. With German media however pressuring for a solution, German opposition parties has pressed the German government on payment of at least the Occupation loan. According to reports on the Deutschlandfunk radio station, a political solution being sought out, rather than an “accounting” or judicial one. As such, the Greek-German Fund for the Future and the Greek-German Youth Laboratory are to be involved.