Low temperatures and strong winds to subside in the evening 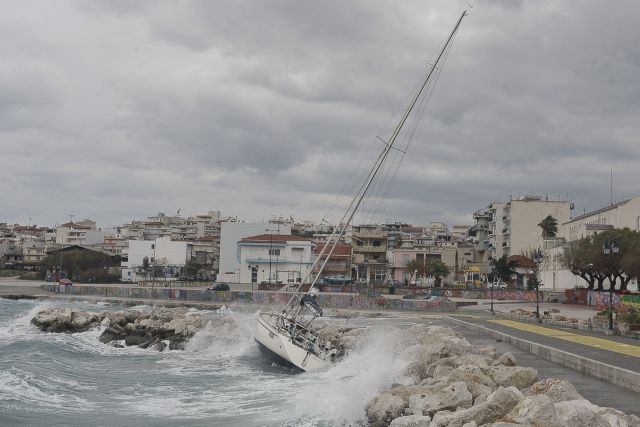 The strong northerly winds resulted in a sailing ban from the ports of Piraeus, Rafina and Lavrio. In many areas wind speeds ranged between 75 to 90 km/h. Similar bans were also imposed on the Zakynthos-Kyllini, Volos-Sporades, Alexandroupoli-Samothraki and Igoumenitsa-Kerkyra ferry lines.

The eastern and southern parts of the country will experience storms and snowfall in mountainous regions. The Kyklades, Crete and Dodecanese will be particularly affected by the strong winds, while in the rest of the country they will be noticeably weaker. By Tuesday evening the conditions will begin to improve.