Second suspect in Koumantareas murder gives himself up 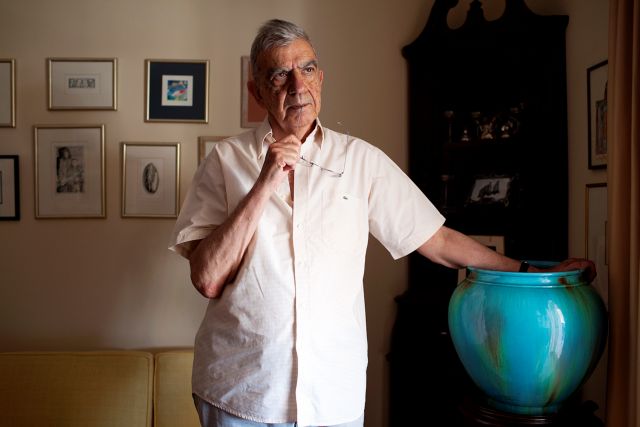 A 29-year-old Romanian man who is suspected of being involved in the murder of author Menis Koumantareas was arrested on Friday morning.

The suspect, who is accused of murdering the distinguished author, was arrested after he surrendered himself to the authorities, accompanied by his attorney.

According to the first suspect was arrested a few days ago, the 29-year-old man is also thought to have stolen a sum of money from the author’s home after the murder.