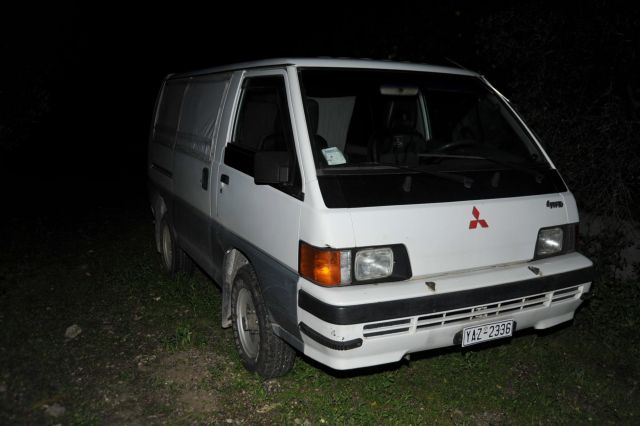 The police located a stolen van parked at a secluded area on mount Aegaleo on Thursday which they believe may been related to a daring prison escape planned by Christodoulos Xiros.

Initial reports indicated that the van was empty and did not have any weapons or explosives. The vehicle has been taken the police crime labs for further investigation, in hopes of recovering fingerprints or DNA.

Notes that were found at the house that Xiros used in Anavyssos suggest that he was planning a daring assault at the Korydallos prison, where he would attempt to help other militants escape. Maps recovered from the house highlighted routs towards the prison.

A stolen white van was also found at a second hideout attributed to Xiros, that is located in Loutraki.

Meanwhile, the recently-recaptured Xiros has been transferred to the maximum security prison facility in Domokos. Xiros was initially taken to the prison facility at Korydallos.