About a year after going on the run during a scheduled leave from prison, the convicted 17 November member Christodoulos Xiros… 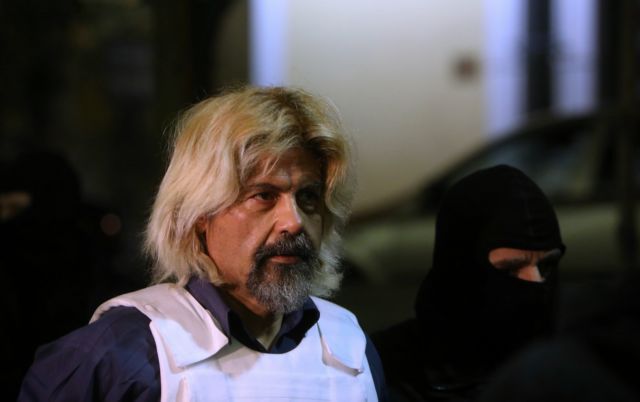 About a year after going on the run during a scheduled leave from prison, the convicted 17 November member Christodoulos Xiros was arrested on Saturday afternoon in Anavyssos. The police are currently searching for three people who are thought to have provided shelter to Xiros after his escape in January 2014.

During the investigations that followed an impressive array of weapons were discovered in the house where he resided, suggesting that he was planning a major attack. It has been suggested that Xiros and his accomplices may have been planning to assault the Korydallos prison facility in order to liberate other convicted militants.

Aside from the house in Anavyssos, the Police has also discovered another hideout that the convicted 17N member is purported to have used, located in Loutraki. The police hopes to discover evidence that will indicate the location of other hideouts and the identity of Xiros’ accomplices.

Chronicle of his arrest

At midday on Saturday the police set a trap and staged a fake traffic accident as soon as Xiros was seen leaving his residence. As soon as the police officer fell to the ground, Xiros rushed to help and was promptly arrested. He did not resist arrest and one loaded pistol was recovered from his person.

As evident by the police mug shot, Xiros has grown out his hair, which dyed blonde. He probably selected the area of Anavyssos as it is remote over the winter months. Police suspect that Xiros may have had a support network of accomplices in the greater area. So far the police have recovered a huge number of assault rifles, explosives and a small number of RPG rockets from the house that he had rented.